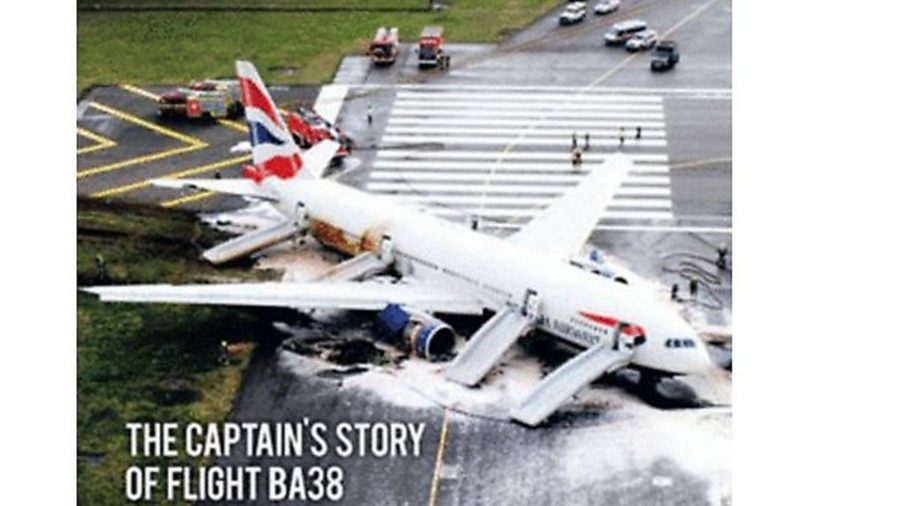 Our attention was brought to this book by occasional Pilot reader Simon King. Thirty Seconds to Impact is Peter Burkill’s account, jointly written with his wife Maria, of the personal aftermath of the January 2008 flight BA38 crash landing at Heathrow.

Burkill was Caption of the BA Boeing 777 and his first officer was handling the aircraft on approach when, at 500ft both engines stopped responding. Thirty Seconds, as it turned out, from touchdown, the aircraft became a glider. As the narrative – with words, one imagines, from the cockpit voice recorder – reveals there was very little the crew could do: none of the checklist actions restored power and Burkill’s mind was filled with a vivid mental picture of them meeting a fiery death. However, his pilot’s instincts told him they might just make it if he reduced flap from 35 to 25 degrees and, as his FO concentrated on controlling the aircraft, he reached across and operated the lever.

Burkill admits to a couple of errors – making the post landing evacuation announcement on Tower frequency and then trying again on a mic that was dead because they’d shut down the electrics – which delayed everyone getting out. The aircraft had landed hard on the grass, short of the runway threshold and the gear had been torn off. However, they’d made it and there were remarkabley few injuries.

From this point on it all goes wrong for the author and his young family, as he falls victim to BA instruction not to speak to the press and his BALPA (pilot union) rep’s insistence that the ideal ‘first aid’ to the trauma of an accident is a night on the tiles. Frustrated by Burkill and his family going into hiding (on further useful advice from BAPLA and BA management alike), ‘Fleet Street’s finest’ first makes up stuff then, starts digging for dirt…

The stress on the author’s marriage and the way they inadvertently alienate friends and colleagues is described in almost painful detail. And even when Peter returns to work, he discovers that word has been put about in BA training sessions that he’d frozen when faced with an emergency.

Burkill says that it was a conscious and correct decision to leave his FO handling while he attempted to troubleshoot and restore power, and that his action in reducing flap from 35 to 25 meant that the 777 both got in and missed the ILS array (he reports that while Boeing test pilots reckoned the change in flap setting only made a fifty-metre difference to point of impact, none of them managed to better the BA crew’s real-life performance on the simulator).

Eventually, Peter Burkill gets back to flight deck duties and is even publicly awarded for his actions. However his career with BA – and, indeed the story the book has to tell – comes to an end when, still unhappy with the management, he decides to take voluntary redundancy (it seems he has not piloted an airliner since).

Although the technical cause of the accident is covered, Thirty Seconds… is not the story of an investigation. Rather, it a revealing and unsparing account of what such an event can do to a pilot who is clearly a worrier, has a vivid imagination and is at times easily provoked. One can see how the circumstances stacked up against him but – as with all biographical accounts – cannot help wondering if there might be another side to the story. Nevertheless, this is a fascinating and honest account, and the incontrovertible truth is that no one could have done better in saving the 152 people onboard flight BA38 than Captain Peter Burkill and his crew.