There are a few sights more unsettling than that of an abandoned airfield or a hangar after dark, places that were often subject to events of considerable historic trauma or sadness. Here are 5 of the UK’s most supernaturally active airfields.

Dozens of reports have been made of a ghostly female figure stalking the area near this former WW2 bomber airfield in Lincolnshire. The spectre is believed to be the lingering spirit of Catherine Bystock, a 19-year-old member of the Women’s Auxillary Air Force who was courting a flight sergeant based at Metheringham.

The pair were due to be married yet their love would be cut short when Bystock was thrown from her lover’s sidecar and killed. Her apparition – still dressed in WAAF attire - appears at the spot where she died, sometimes flagging down passing motorists to aid the stricken pair. Be careful when you’re in the area at around 9:30pm, that’s when the ‘Metheringham Lass’ appears.

Although the runways are now largely overrun by agriculture, at its peak during WW2 both RAF and USAAF men were based at the site as squadrons primarily used the site as a base from where to launch reconnaissance missions.

Seen near the former chapel, a ghostly pilot wearing an oxygen mask is theorised to be either a fighter pilot who crashed and burned to death or a crewman from Wantage named Symons whose Lancaster went down nearby while his father watched from the ground. Voices with no apparent source have also been heard in a hangar where an American serviceman hanged himself years before. 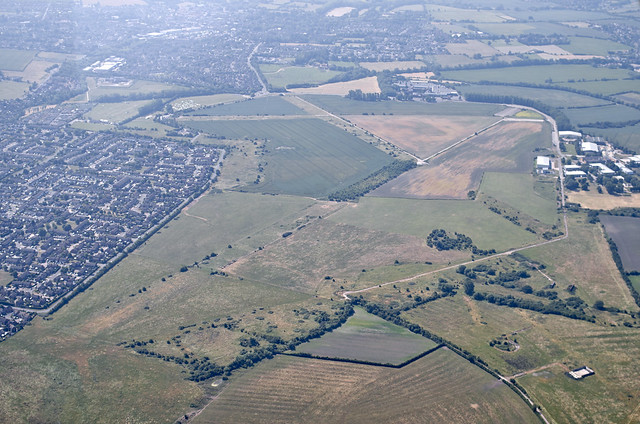 Located just south of Docking, the area was first used for military operations in WWI, at one point housing the Handley Page V/1500 bomber, the largest craft of its type at the time. The base was redeveloped for Coastal Command during WW2 and it’s believed three crewmen who crashed their Lockheed Hudson at the base now haunt its squash courts.

The men were frequent players of the racquet sport and numerous sources – including a Japanese TV crew filming a documentary - have reported hearing the sound of ball on string and wall or doors mysteriously closing. The noises of everyday airfield life and phantom aircraft overhead have also been noted, further adding to the station’s paranormal intrigue.

This former heavy bomber station – once home to a Lancaster that held the record for most operational sorties over 974 hours of flight time – was notorious for its challenging conditions and some thick fog led to one of the first reported ghost stories at the location.

In 1945, Corporal Hilary got lost in thick fog while driving across the airfield. When he stopped, some crewmen appeared from the fog but completely ignored his request for directions before disappearing into the fog again. After the war, a family living in the control tower were regularly visited by an airman, heard unusual morse code tappings and even saw a phantom Lancaster take off outside. 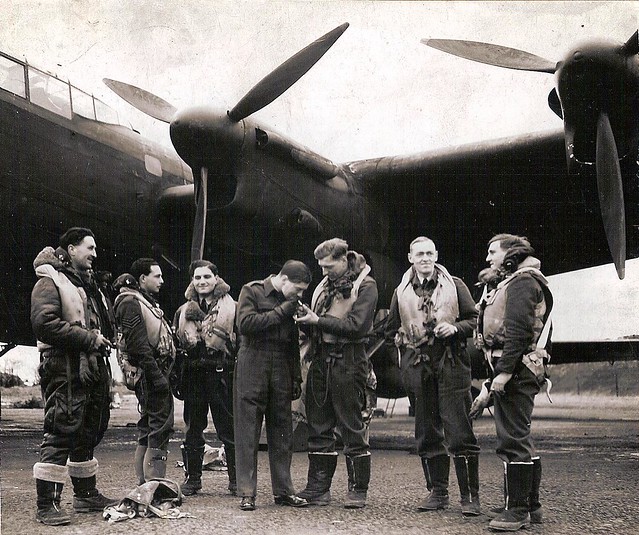 Despite this base still being active – the current USAAF occupants will leave in the coming years however - there is no shortage of supernatural goings on. Many stationed at the base have reported seeing an unearthly creature – potentially a werewolf – prowling the area and one witness was so spooked he locked himself in a cockpit and refused to come out.

A tale from the 1970s also tells of a pilot found unresponsive in the back of a phantom jet, with some saying that the man had been quite literally frightened to death. The whole area is rife with paranormal activity and the laughs of children killed in a nearby train crash in 1876 can be heard within Alconbury’s grounds – thank god there’s plenty of aircraft to make a quick escape from the area.