ILAFFT: How flying and working on aircraft can be good for your health 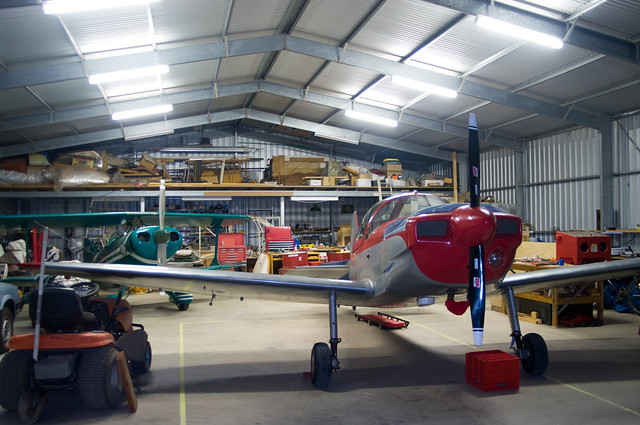 Paul Jamin had been around in aviation circles a long time. He owned a Piel Emeraude, a French low-wing aeroplane that needed a bit of TLC, and he was busy restoring it to flying condition.

He arrived at the hangar leaning heavily on his stick, walking slowly to conserve energy. He needed a step ladder to be able to climb onto the wing of his aircraft. “No problem,” I said, “I’ll bring it over for you”.

A step ladder was duly placed sideways near the root of the port wing. I returned to our hangar and got on with preparing our aircraft for its fifty hours check. A short while later, Paul came over walking a tad brisker, but still with stick, and asked if we had a cable tension meter.

As he walked back to the hangar, he held the meter in his right hand and he carried his stick in his left hand. When he came back about thirty minutes later for a coffee in the office, the stick was nowhere to be seen. 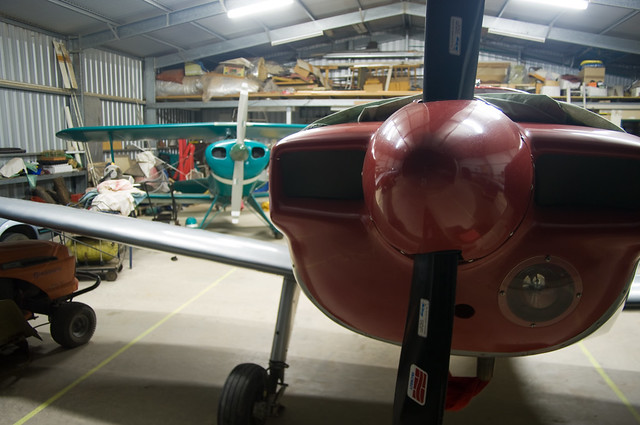 His memory was going a little. While chatting he would state “You must remember Jean-Jacques: he was CFI at the club in 1947” to which I duly replied “Errrr, no, Paul, I was born in 1944”.

Mind you, he did have a decent excuse, he had just celebrated his 93rd birthday. He asked a few of us to go over to his hangar to give him a hand with lifting the tail onto a trestle.

And who do you think participated in lifting the tail?

Yep, it was Paul, I was relegated to putting the trestle in place! He returned to the office a few times that day, to ask for odd tools or to ask when the painter was available, each time moving a little faster, a little more sprightly. 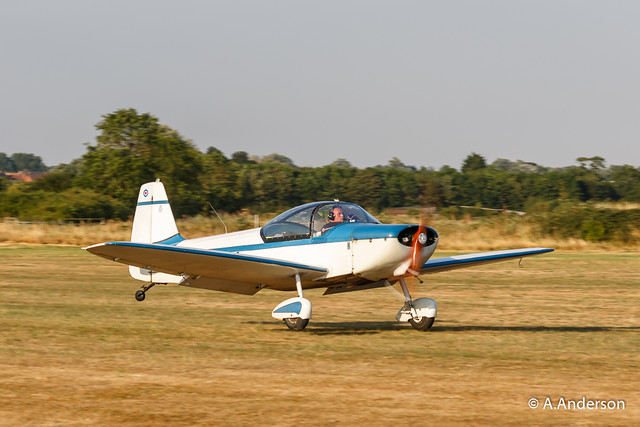 At about half past five we went over to the hangar to let Paul know we were closing for the day. He was checking the locking mechanism on the sliding canopy, standing with one foot on the step ladder, the other on a plank of wood balanced across the engine mount. We nearly had a collective fit.

“No problem,” he said, “I’ll be staying ‘til about eight o’clock, it’s my wife’s bridge night, no need to be home early”.

“Errrr, no Paul, we can’t allow you to stay here alone”. We helped him down, helped him pack away his bits and pieces, walked him to his car and saw him drive away sedately. We all looked at each other, each thinking the same thing: “If I’m as sprightly as that at his age, I’ll be very happy”.

During the damp, foggy autumn, Paul came down with pneumonia and passed away before he could see his Emeraude fly again. That same damp brought me down with flu-like symptoms - obviously I needed to stay in the warmth, didn’t I? 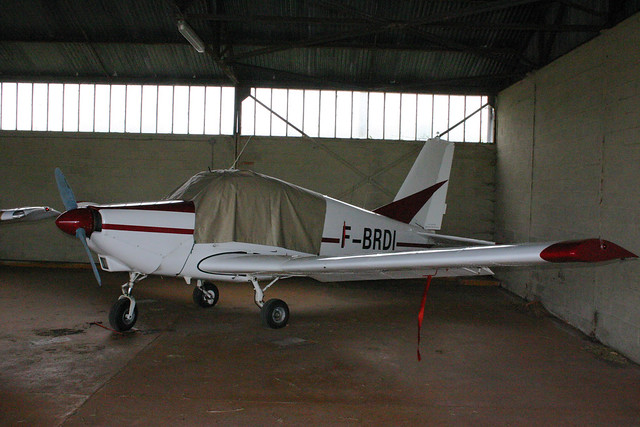 Despite this and many warnings from my wife, I went over to the hangar. I shook hands with no-one and kept at a reasonable distance from everyone, no wish to pass on my misery.

The tyre pressure needed to be checked on my Gardan Horizon, so I set the compressor going and laid out the hose and the inflator. My nose was no longer running. The compressor came up to the regulated pressure, I collected a large square of heavy-duty sponge and knelt down to inflate the tyres.

I had no problem kneeling down or standing up – three times! Jean-Claude, a friend of mine, asked if I could lend a hand on the rib-stitching of the port wing of a Piper.

He joked that if I sneezed at least the upright wing would protect him! We completed two ribs that afternoon and I did not sneeze once. Raymond was busy doping the starboard wing of the Piper, the acetone of the dope apparently clearing my sinuses. 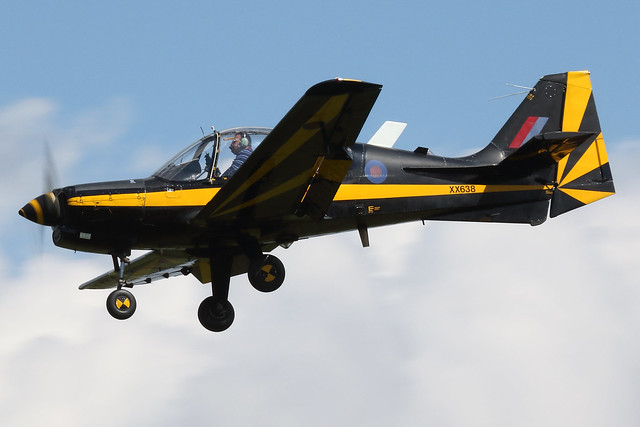 That same day Patrick, another friend, decided to do a local flight to build his hours before his biennial check and he asked me to go along as P2 – he did not have to ask twice.

He took the Bulldog up to 5000ft (because he could) then floated down between the scattered cumulus clouds. Not once did I have to put my hand over the mic to prevent a cough from bursting his ear drums.

The noise did not aggravate the headache, in fact the steady thrum of the engine soothed it away. I did my share of pushing and pulling the aircraft back into the hangar, no aching shoulders or back.

We closed the hangar doors, said our good nights and went our different ways. 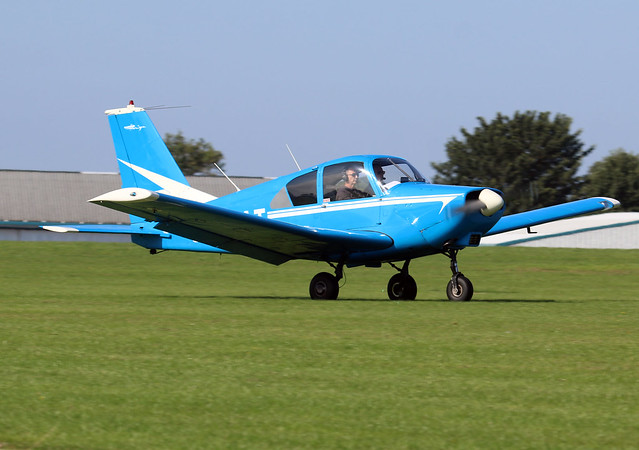 I arrived home with my cheeks rosy, eyes bright and a spring in my step. “How do you feel?” asked my wife. “Great,” I said, “the aviation miracle has worked again!”

Well almost, I still had a sore throat, but hey, five out of six is still pretty good. We have a saying over here in France, “Flying hours should be reimbursed by the Sécurité Sociale”.

Hangar Therapy should be investigated by psychiatrists and taught to all medical students.

Maybe we could get the CAA Medical Department to check this out?

The Penny Pilot: cost-sharing on private flights to avoid commercial...