A pilot with limited Tiger Moth experience gets a rude awakening when he ignores that little creeping doubt at the back of his mind | Words: Peter Binks 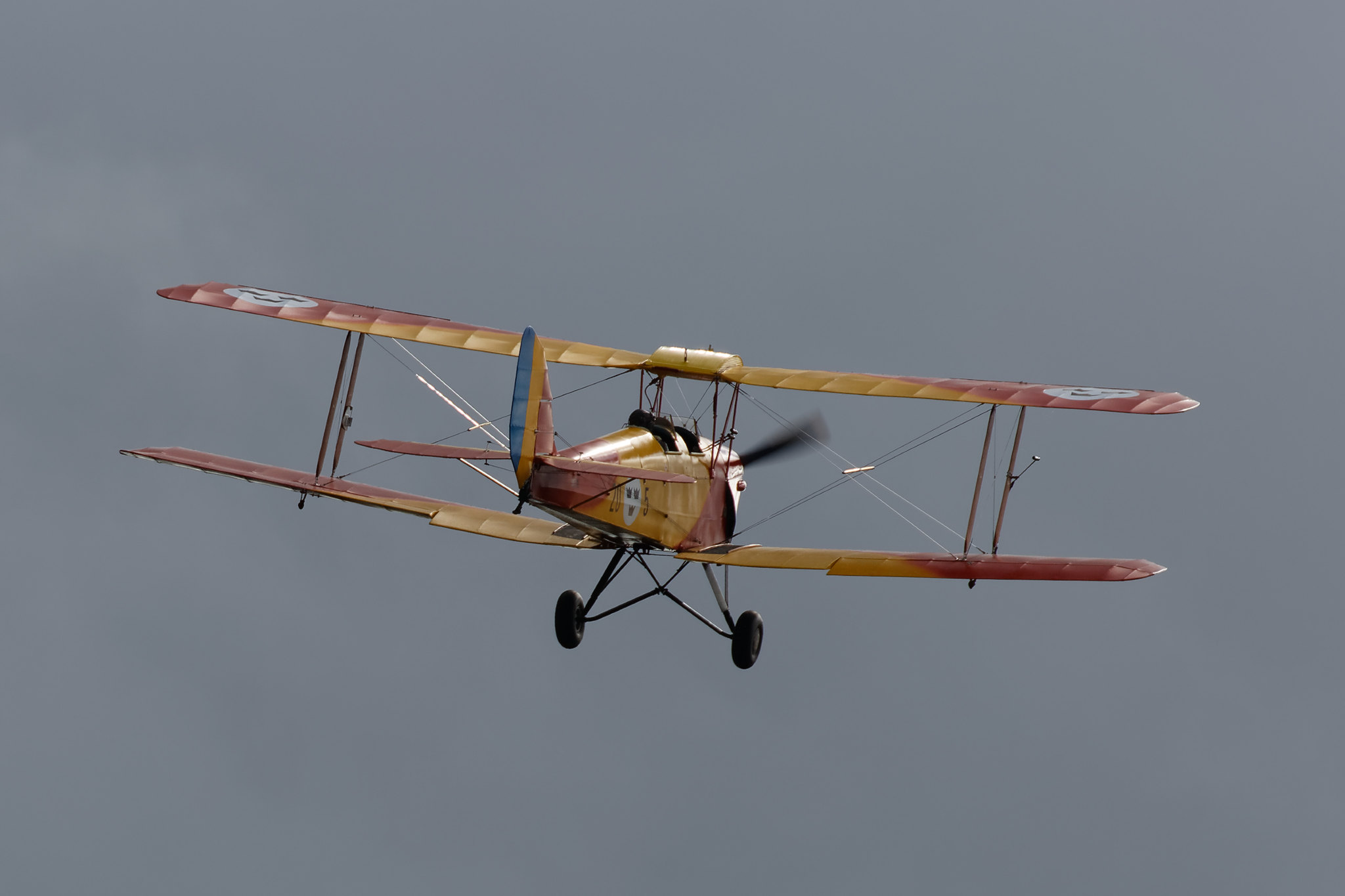 I spent the best part of a decade flying with an illustrious vintage flying club based in the heart of rural Kent. After gaining confidence in the club’s Super Cub, I progressed onto the Tiger Moth under the guidance of a former Hercules pilot who, perhaps against his better judgment , signed me off solo after a mere two and half hours dual.

For the next ten hours or so of solo flying, I would wait for a flat calm day so as to avoid any sort of crosswind, as even landing the thing in perfect conditions demanded what seemed to be super-human skills.

An addition to the club fleet arrived in 2006?a Tiger Moth resplendent in post-war RAF silver with yellow trainer bands. I was keen to fly her as soon as possible. Up to this point I had only flown the club’s ‘flagship’ Tiger, so my experience on type was limited to one airframe.

A calm spring day dawned: perfect Tiger Moth flying weather. After a quick coffee in the clubhouse, I was soon fastening myself into the rear cockpit of the Tiger and running through the pre-start checks with the duty prop swinger. 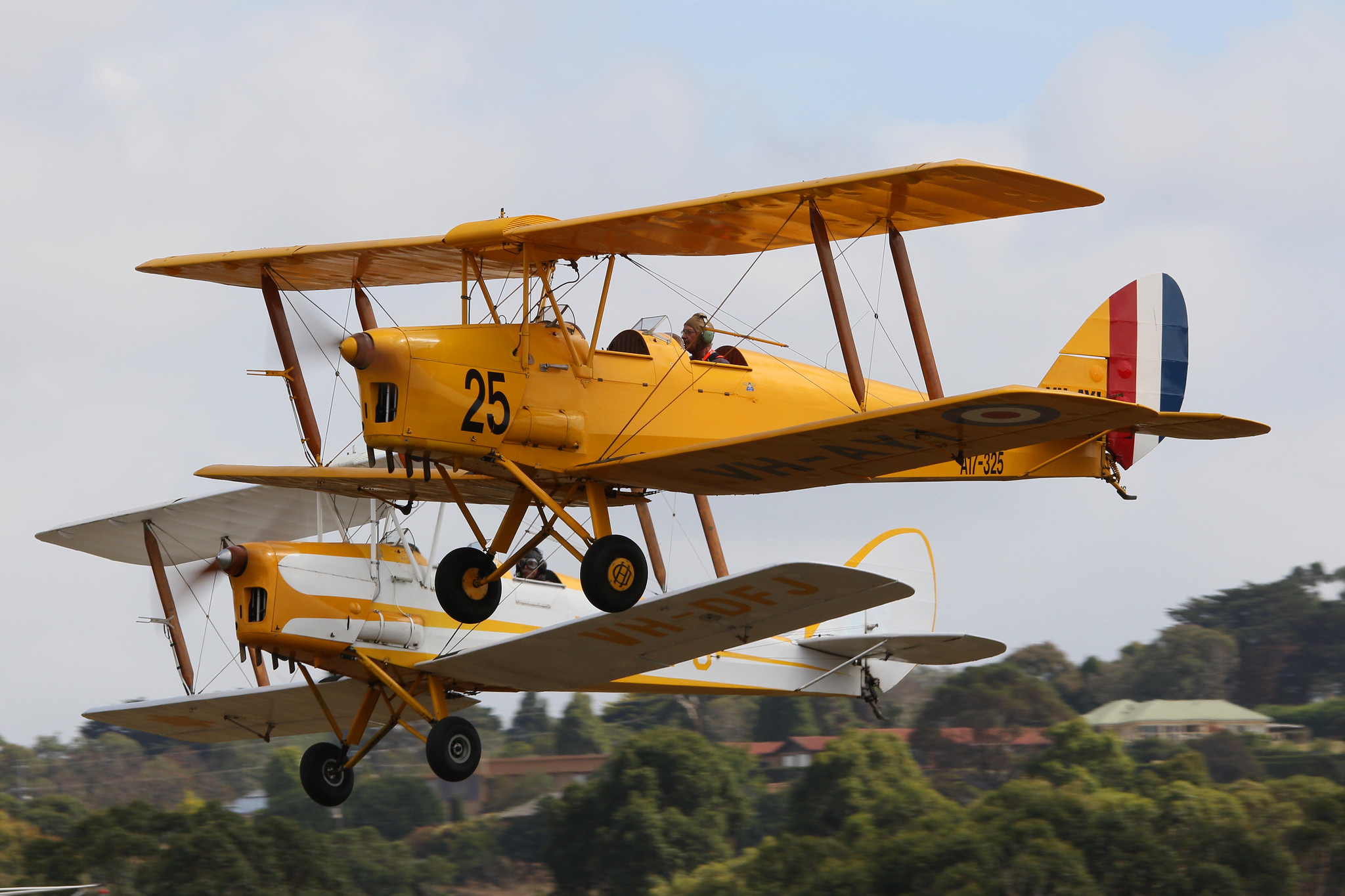 After the usual ritual of sucking in, the engine spluttered into life. After standing for five minutes on chocks, I ran the engine up and carried out my mag checks. All seemed normal. A thumbs-up to my prop swinger saw the chocks away, followed by the long, bumpy, visually-impaired taxi to the holding point.

It was at this point that I noticed a slight change in engine tone. My first thought as I lined up on the grass runway was ‘This does not sound quite right’, but I quickly dismissed such a thought as I guess I didn’t really want to believe there could be something wrong.

Instead, in a flash, I reassured myself with the following thought: much as humans have distinct differences in their voices, then surely individual aircraft and, in particular, Gipsy Major engines must have their own unique sound. Sorted!

Clear ahead, stick back, full power with a little left rudder, stick forward and pin the nose to a distant point on the horizon. Something’s not quite right. 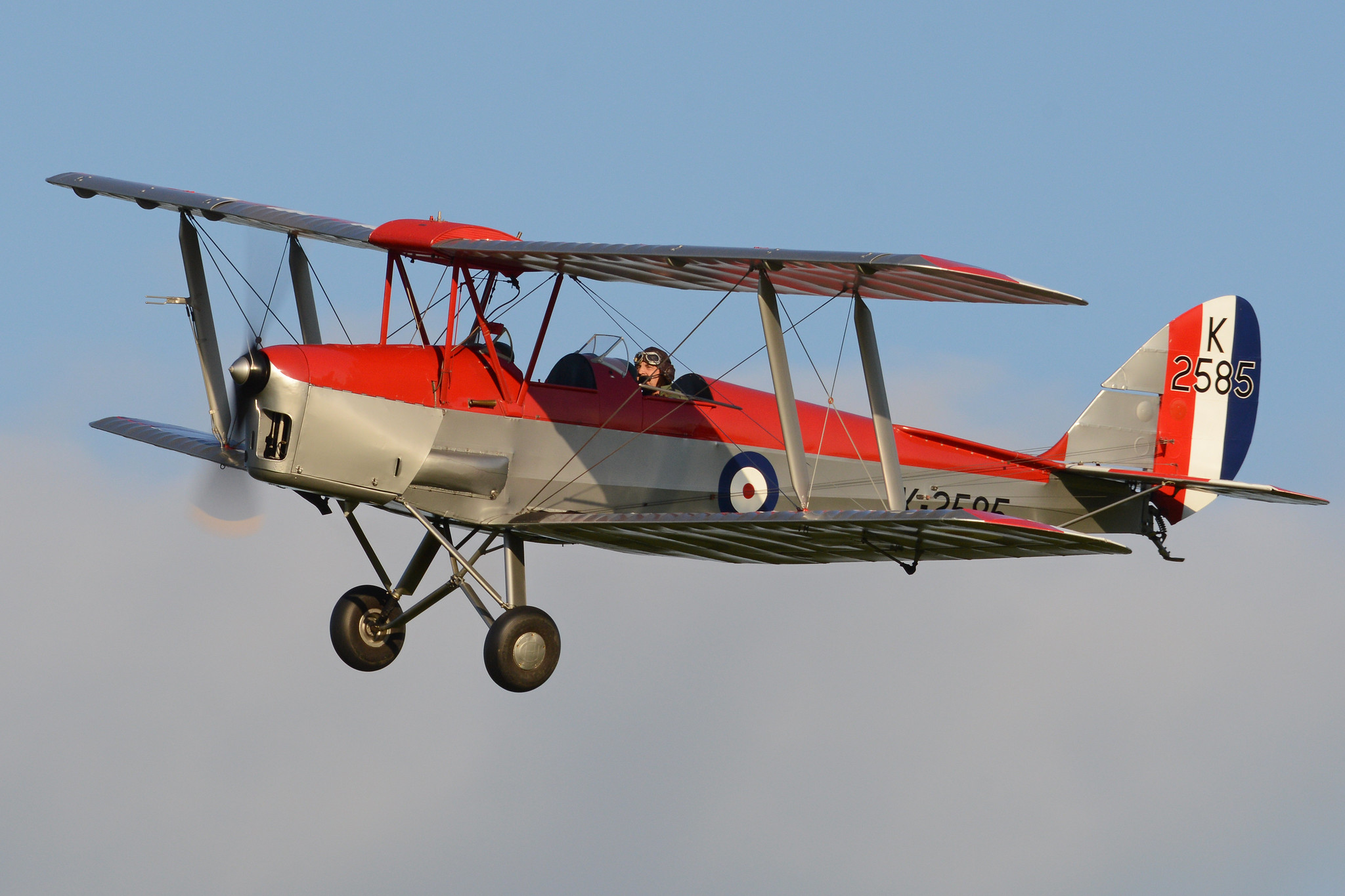 I haven’t reached lift-off speed. My wheels are still pinned to the runway, of which I have now covered a third. It must be my fault. I check then double-check that I really do have full throttle. The boundary hedge comes into view and I finally leave terra firma by about six feet but climb no more.

At no point do I think about abandoning the takeoff. I fixate on the throttle and the fact that I need to push it to full power as there must be some kind of obstruction in the mechanism.

I do have full forward movement on the throttle but I’m convinced I don’t, and no other reason for the rapidly growing problem enters my head.

A quick look up: the hedge is coming up fast. My speed is low, just above the stall and my height in feet can be counted on two hands. I forget the throttle and start flying the thing. Clear the hedge by what seem inches then Don’t stall! Trim slightly forward and gingerly, watching the speed, start climbing a foot at a time. 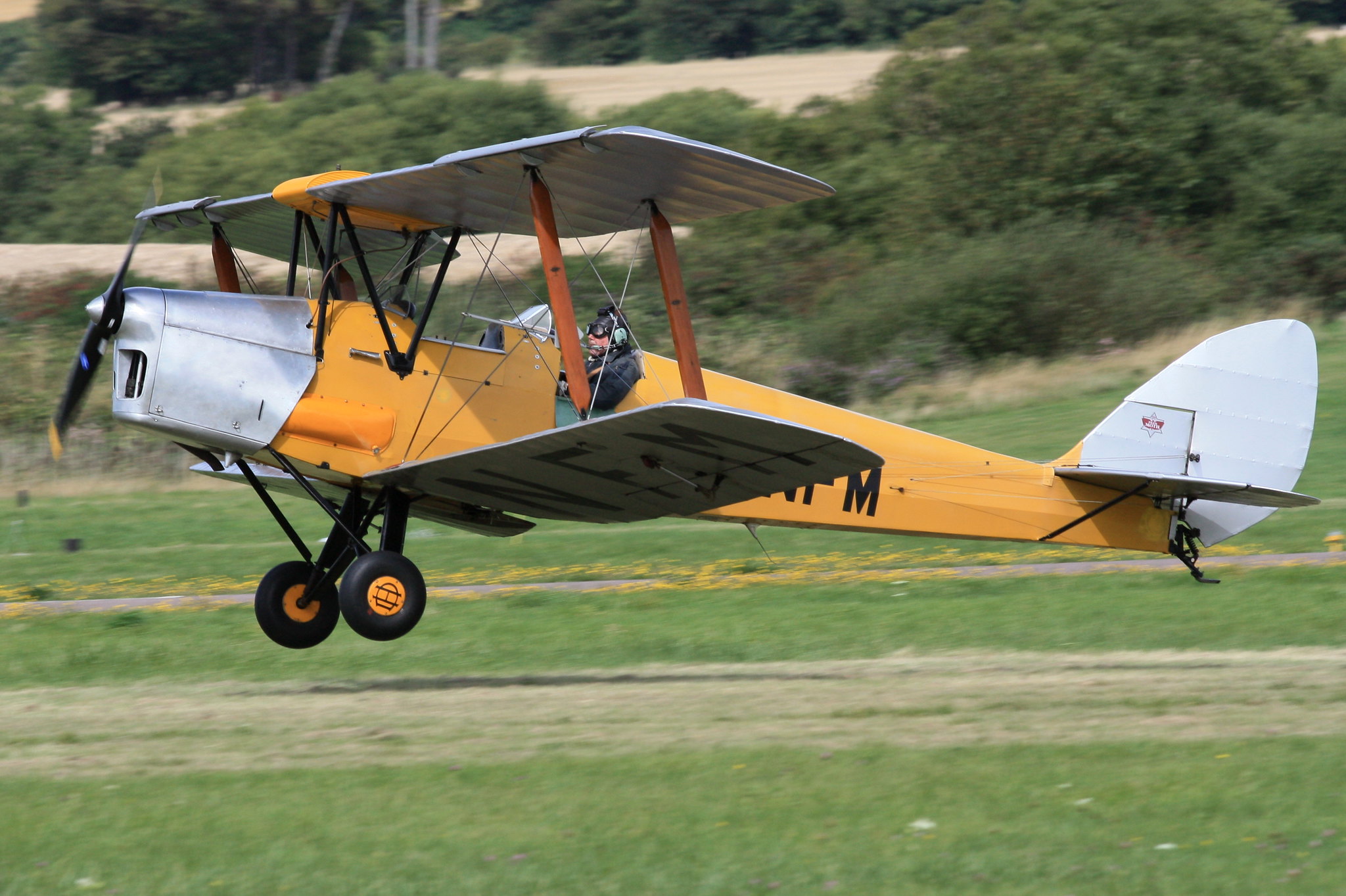 Everyone on the airfield has heard the sound of what appears to be a large bag of bolts being shaken into a Fender amp. An urgent voice from the Tower (hut) tells me to land ASAP, before they clear the circuit of all traffic and ask for radio silence due to a Tiger Moth emergency.

I’ve managed to scrape up to about 200ft QFE, full throttle and still just above the stall, with the engine now noticeably rougher and causing more than the usual vibration through the airframe. I think I can make the shorter crosswind runway, which will involve a crosswind turn then, once downwind, an almost immediate turn onto final.

The thing that surprised me most during the whole episode was how calm and focused I felt. It was almost as if I was observing it happen to someone else and even felt flattered by all the attention. Clearing the circuit for little old me!

Once established on final, I knew l was going to make it. As soon as I touched down, the airfield fire engine raced alongside and an airfield mechanic-come-firefighter jumped down and, at full sprint, indicated with a finger across the throat to cut the engine. Once the engine stopped I started to shake a bit as adrenalin kicked in. 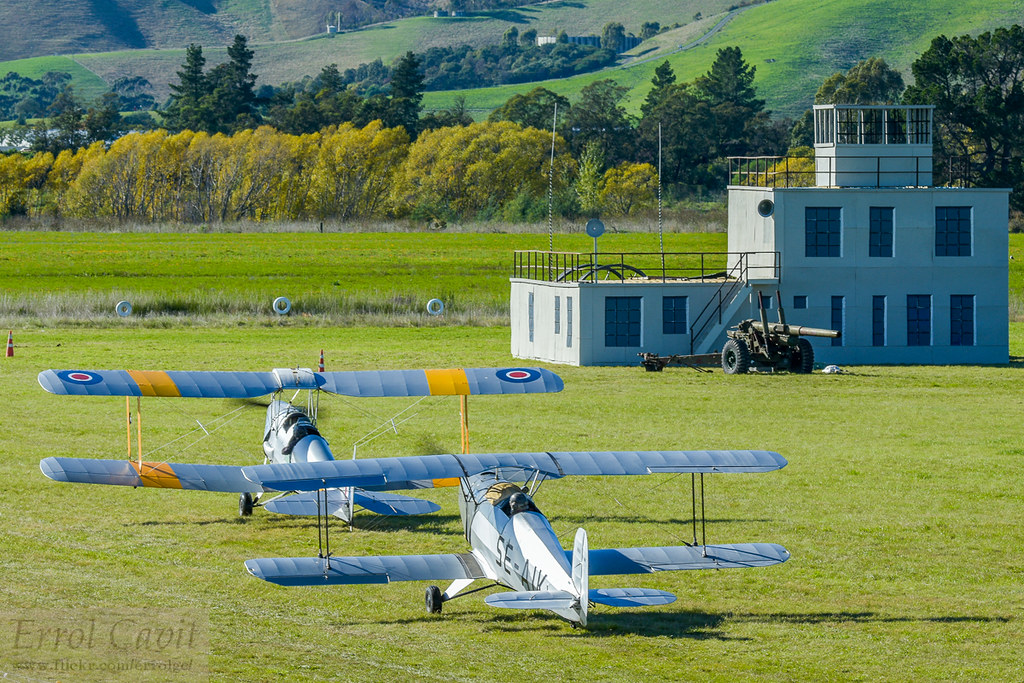 A small crowd ran over to the Tiger parked on the grass runway, including a well known Spitfire display pilot who happened to be at the airfield on a refuelling stop. The engine was inspected almost immediately, confirming three out of the four port magneto distributor connections had completely detached.

The explanation given to me by the mechanic was that they must have slowly worked loose between my initial full power checks and the taxi to the holding point, thus explaining the change in engine sound.

The next ten minutes involved lots of handshakes and pats on the back on a job well done in getting the Tiger and me safely back on the ground. The club manager told me “We won’t charge you for that flight”. Every cloud… and all that.

Did I mention the change in engine sound to the gathered crowd? No, as I knew I should have taken a more sensible course of action and taxied back to the hanger.

What did I learn about flying that day? Well firstly, when pre-flighting, don’t just look. Feel and pull (not too hard!) to make sure everything is attached as it should be. Secondly, fly the aeroplane. I did eventually, but only after fixating on a problem that didn’t actually exist.

Finally, if something doesn’t feel or sound quite right, don’t go. My flight could have ended very badly, and in front of a Spitfire top gun. Ouch!

Postscript: Sadly the Tiger Moth from this story was written off a few months later when a novice Tiger Moth pilot, not cleared on type for aerobatics by the club, fell out of a low level loop over his house. The pilot walked away from the resulting smash. I wonder what he learned about flying from that!