An enjoyable day out helping a friend turned into a dash for home before full dark, with avoidable consequences. By James Allan 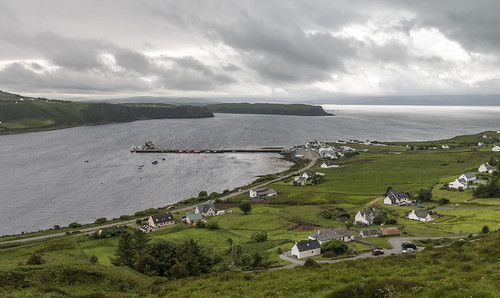 I had joined an extra-mural course on geology at St Andrews University and discovered that Rosalind, who was the lecturer, would very much like to get some aerial photographs of local geological features to illustrate her lectures.

I agreed to help and took her up in my Grumman AA-5 Traveler several times to let her see and photograph sea cliffs along the Angus coast, volcanic structures in sections of Fife seashore rock formations, and some of the Firth of Forth islands like the Isle of May and the volcanic plug known as the Bass Rock.

One day Rosalind mentioned that she was shortly going to lead a geological expedition on the Isle of Skye and didn’t know how to fit the planning for that into her busy schedule. It would involve one day driving up to Skye, one day doing what she had to do on the island and a third day driving back to St Andrews. 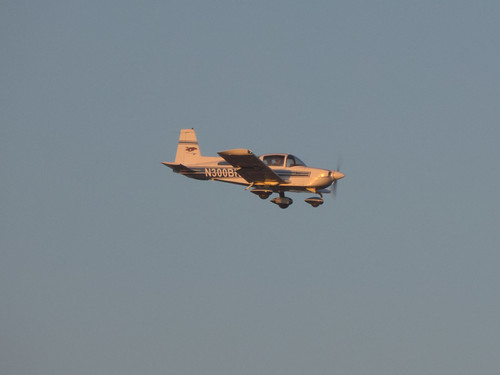 The car hire company met us at the airfield and off we set for a bit of hill walking and climbing in Glen Brittle and the Cuillin Hills. After we completed what she needed to do in the mountains there, we headed by car for the Storr, to the north of Portree and checked out some paths and striking geological features around the rocky pinnacle known as the Old Man of Storr.

Then we drove back to Broadford. I was beginning to get a little anxious about time as we waited for a driver to take us back to the airfield; it was getting quite late and the sun was sinking towards the Atlantic horizon. At the airfield I cross-checked our ETA for Kingsmuir with the time of sunset there and decided we would make it home just before dark, so off we went.

I was soon in radio contact with Scottish Info. Shortly after we left the coast of Skye behind and were approaching Fort William, Scottish asked if I would assist them by trying to raise a reply from a Search and Rescue helicopter in the area with which they had lost contact.

I called the chopper and got a terse reply “Stand by Tango Romeo; we’re busy”. I orbited, called Scottish and told them I had received a reply and was asked by Scottish if I could wait in the area for a few minutes. It turned out the SAR pilot had been fully engaged in holding the machine steady in the lee of cliffs on the north face of Ben Nevis while the winchman was effecting a tricky rescue of a climber. 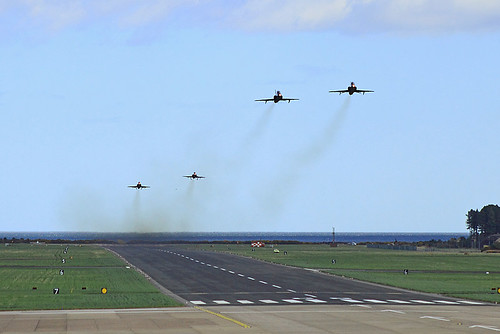 Once it was all over I relayed to Scottish that the SAR aircraft was on its way to Raigmore Hospital in Inverness. Scottish thanked me for my help and I continued my flight to Kingsmuir, now in the darkening twilight of the summer evening.

As I got closer to Kingsmuir, I contacted Leuchars Radar who helped position me for a straight-in approach to Kingsmuir’s Runway 06. Their final call was “Tango Romeo, you have five miles to run. Wind at Leuchars is 090 five knots, report Kingsmuir in sight.”

I spotted some lights in cottage windows that I recognised as being about a half-mile from the 06 threshold, dropped full flap and, through the gloom right ahead of me, I could just distinguish a straight dark line slicing through a crop of golden barley that was growing on either side of the runway that year.

“Field in sight” I called and, with the landing light on, I began to round out to touch down on Kingsmuir’s grass. But the Grumman floated along just above the runway and, as we passed the windsock, with almost half the 620 metres of runway behind us, I saw that, whatever the wind may have been at Leuchars, we had a tailwind at Kingsmuir. 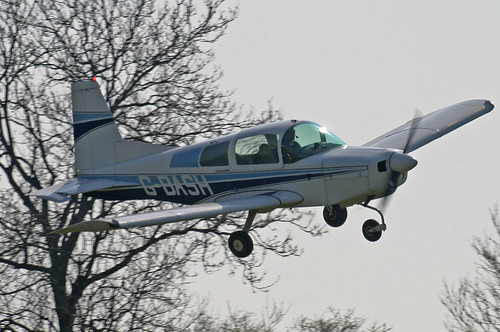 At last, the wheels touched grass, I jabbed the brakes continuously on and off as we hurtled towards the end of the runway. We all but made it, but Tango Romeo just overran the 24 end of the runway and headed a few metres into a field of oilseed rape.

I rapidly swung the aircraft round 180° using throttle, brake and rudder to avoid getting bogged down in the field. Then, still somewhat aquiver, I taxied across to the hangar, now really needing that landing light to see where I was going.

I have to admit that I made a series of errors that day: trying to cram too much into one day; taking off from Skye with minimal time to reach an unlit airfield before nightfall; trying to be helpful at Ben Nevis when I would have been better looking after my own interests; and, finally, attempting to feel my way into an unlit airfield in the dark.

I really should also have decided to abort the landing and go around immediately I saw there was a tailwind, even though that would have meant my being unable to see Kingsmuir at all in the darkness after flying a circuit.

That in turn would have entailed me having to divert to the nearest civil aerodrome with lighting that was still open, probably Edinburgh Airport with its horrendous landing charges.

In retrospect I think my poor judgement and uncharacteristically bad decision-making that evening may have been due to a combination of tiredness and dehydration. We had done a lot of hill walking in warm sunshine on Skye that day and had only brought minimal liquid refreshment with us.

What I learned about flying from that trip was that I ought to have drunk more, knowing as I did that dehydration can have a seriously negative effect on the mental processes known as cognitive functioning and hence on one’s piloting ability.

I served my penance for my various errors of airmanship next morning when I learned another thing about flying — just how laborious a task it is to wash and polish an aeroplane after it has been coated with smelly, greasy, yellow, propeller-minced rape oil.