ILAFFT: Never assume your undercarriage is down

Is the undercarriage really down? Or… get a proper diagnosis before you depart! Words by Richard Pratt

A flight to Rouen in Normandy has always been one of my favourites. It is a good day out with a stunning cathedral, an interesting Grand Horloge, and an excellent family-owned steak restaurant close by. Joan of Arc's memorial is always worth a visit.

Moreover, the airport has made it easy to give the advance notice for Customs and Immigration. Whereas many French airports just give a fax number (for years I have kept a fax machine just for this purpose), Rouen would accept advance notice in the form of an extra address in the flight plan and a message in the message box.

With a four-hour advance notice requirement, it was possible to check the weather in the morning and file the flight plan before leaving for my home airfield at Fairoaks to prepare the aircraft and make the trip.

However, a broken hip had kept me from flying for almost a year, and Rouen had increased the Customs advance notice requirement to 24 hours, rendering it impossible to make a last minute decision to go. 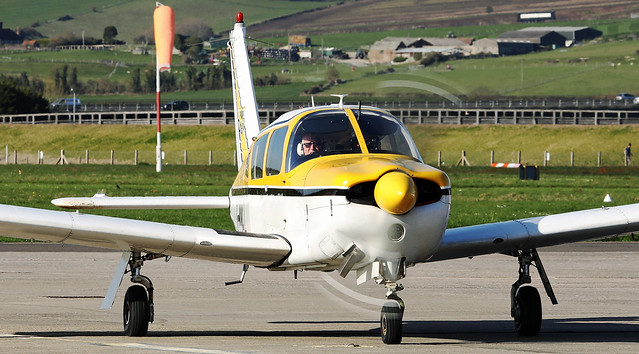 So it had been over two years since my last visit, and this time I had prepared in advance, sent my flight plan with the Customs request, checked the weather and was ready to go.

In the back of my mind was the memory of the temporary failure of the green 'nosewheel safe' light to come on during the last couple of flights in the Piper Arrow in which I hold a share. The nosewheel green light had come on after a short delay, or in some cases after raising and then lowering the undercarriage.

I was not too concerned; my fellow owners had checked it and found no obvious problem. The aircraft was due for its fifty-hour check the following day, when the engineers would look at it. It was probably an electrical connection problem relating to the green light itself, we had concluded.

Nothing serious with the actual undercarriage which was down and locked after one or two recycles, but we agreed we should each check the procedure for lowering the undercarriage using the manual control before we flew. 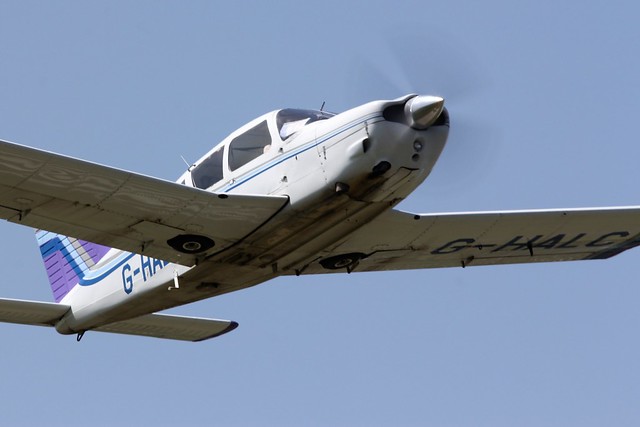 So off I went. It was a great day. Some fluffy clouds and a little wind but mostly calm, especially across the channel. All of the traffic controllers were helpful and nothing happened to disturb the smooth flight all the way to the Rouen VOR (ROU).

Rouen Approach cleared me to a straight in approach from ROU. It was a clear day and I could see the runway ahead of me. The juices started to flow for the steak lunch.

On final I did my normal check: "Greens (undercarriage down), Blues (propeller 2,500rpm), Reds (mixture rich) and Whites (flaps)".

All OK except, as I had half expected, the nosewheel green light was remaining stubbornly dark, even though the mainwheel green lights were bright. I waited a bit. Then I put the undercarriage down and retracted it again. Same result. 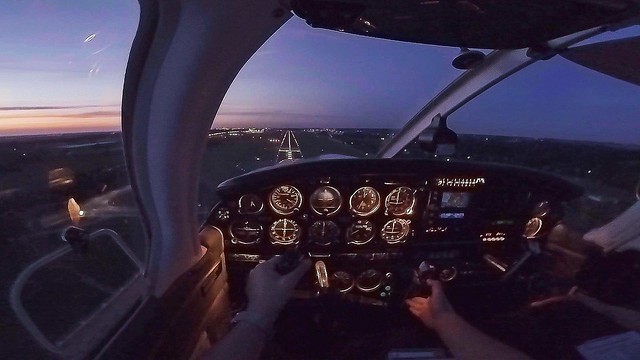 I was now on short final. It is probably all right, I thought. It is just the electrical connection. Maybe try another recycle of the undercarriage... but still the light stayed off.

Now on very short final. Would it be OK to land anyway? Maybe I should be careful. I spoke to the Tower. "I am going around. The nosewheel green light is not on. Could you take a look and let me know if the nosewheel looks as if it is down?"

Rouen Tower agreed, so around I went. "The nosewheel is partly down but it is pointing back by 45 degrees. Is it supposed to be like that?"

"Er… no" I replied as I climbed away. Hmm. This was a bit of a shock. It was not an electrical connection with the light but an actual failure of the undercarriage. That nosewheel is definitely not right. If I try to land, it will probably collapse. That means a prop strike and a broken engine. At best.

Turning downwind, I pondered what to do. If I crash land on the Rouen runway, I will have a broken aircraft in Rouen. That will be a problem. So it is probably better if I divert back to Fairoaks or Goodwood where the aircraft is normally serviced.

But first, I thought, let me try the emergency manual undercarriage release lever. I pushed it down and it sprang right back up. I have never used it before, so this took me by surprise. Am I bending it, I thought? Let me try it again. Also try another recycle.

This time the nosewheel green light came on and stayed on. That bright shining green light was a welcome sight. I have to confess to a sense of relief.

I turned on to final. Still cleared to land but I was feeling cautious. "I have three greens" I told the Tower, "but I will go around again and would be grateful for a confirmation that the nosewheel really is down." It was, confirmed the Tower. So a safe landing ensued.

It was a good day in Rouen but a bit truncated because I thought it best to go straight back to Goodwood and get there before they closed. Flying with the undercarriage extended (I was not going to risk retracting it now that it was safely locked down) would take a bit longer.

The flight back was fine. The Arrow struggled a bit in the climb with the wheels down but it was OK and Goodwood was most helpful, treating the diversion as an emergency and waiving landing fees. Thanks for that.

1) It turned out to be quite a good idea to get the Tower to make a visual check of the gear.

2) It is never a good idea to assume that the reason you haven't got three greens is because it is a problem with the bulbs or the electrical connection.

3) A more thorough check of the use of the manual undercarriage down procedure would have been better (I should have pulled out the circuit breaker on the undercarriage gear motor apparently).

4) Most important, I suppose, was to keep calm and fly the aeroplane.