ILAFFT: A mysterious warning light at night and no pre-planned diversion

I had been looking forward to the trip for some time. The sortie was from my home airfield in the south-east of England, collecting two people from a local airfield fifteen minutes away, and then a day trip to Liverpool to watch a football match.

All to be followed by a sunset arrival back at base. My friend was bringing along an acquaintance who was flying for the first time and had agreed to cost-share.

Our aircraft, a PA-32R, was fresh out of its fifty-hour check. The autumn morning was crisp and sunny. I had plenty of time to collect the friend and his mate, and even to share a fry-up, as kick-off wasn’t until 15.00.

During the preflight I noticed a few drips of oil on the nosewheel. The POH states a minimum of three quarts, recommended eight and gave a maximum of twelve. The dip stick showed nine. 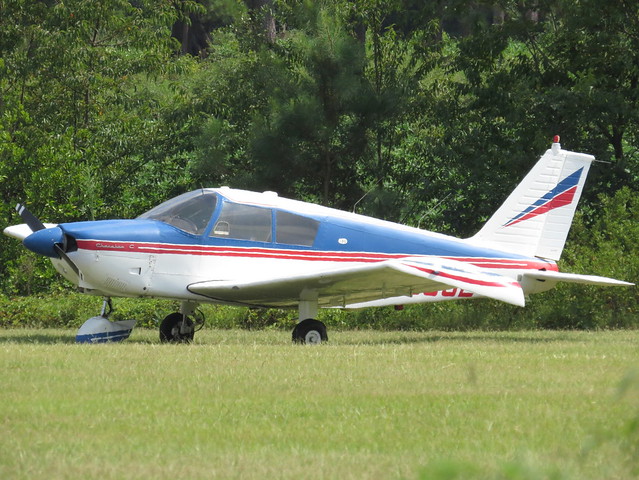 Having owned the aircraft through several annuals and fifty-hours checks I knew that over-filling the oil would lead to some being purged overboard, so I moved on, looking forward to the ‘full English’ awaiting me at my friend’s airfield.

After an uneventful takeoff, I turned on the autopilot. Like painting the Forth Bridge, keeping the AP serviceable was a never-ending task, the most recent issue being a tendency for it to periodically perform a gentle and uncommanded roll to the right.

The problem was still present, so I switched it off and enjoyed hand flying the remainder of the flight, performing my FREDA checks which were all OK.

Following breakfast and an uneventful flight to Liverpool the day got better, with our team winning! 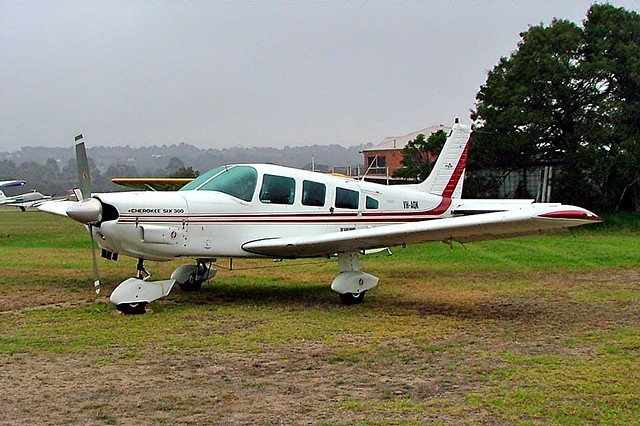 Conscious that the planned departure time would get us home thirty minutes before sunset, we exited the stadium promptly, only to find the taxi rank empty.

A little annoying but not a show-stopper, as I had my IR(R) and night rating, which was current and, priding myself on my diligence, had planned for a night approach to both airfields.

The passenger was a keen photographer and wanted to get some sunset shots over the Mersey so we didn’t waste any time at the airport.

However, there was more oil on the nosewheel and the dipstick now read 7.5. This confirmed my diagnosis; the oil was over-filled and had purged down to around 8 quarts, which is the normal range. 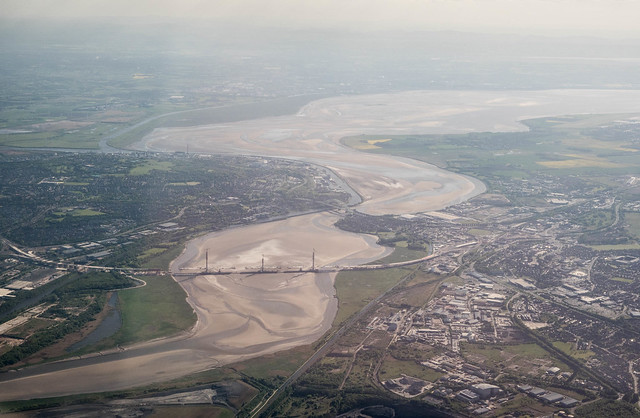 The power checks showed the Ts & Ps all OK, confirming all was well. However, the suction gauge was reading a little lower than usual at 4.9in (4.8 to 5.2 being the normal range according to the POH) but these gauges weren’t always precise, and I was perhaps being over-vigilant, given the oil situation and the chance of a night arrival.

Takeoff brought a stunning viewing of the Mersey just as dusk approached. Settling into a calm but slightly overcast evening, we made good progress and I was reminding myself how privileged we are to be able fly like this.

Passing overhead Oxford in VFR, now at night, an orange light startled me. It was one of the three annunciator lights I’d tested during every preflight but never seen in action for real.

Moreover, it was very distracting, having never seen how bright and out of place it was in a dimmed cockpit. 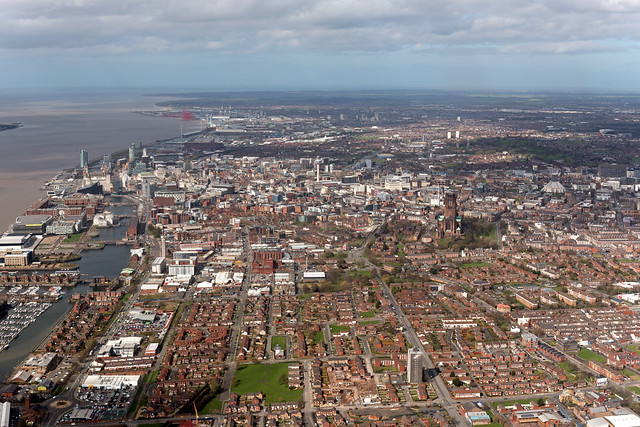 Like the three green landing gear indicators on the Piper family, the annunciator lamps can be swapped over, but they are not truly interchangeable as they have embossed labels.

From left to right, they read Oil, Alternator and Vacuum. At night in the dimly-lit cabin, it seemed this one, tiny little light?the one marked Oil?was the brightest thing I’d ever seen.

After the initial clenching of certain body parts, I distilled myself back to basics as a way of figuring out what to do. Ts and Ps all in the green and cross-checked with the EDM700 engine data readout.

If we had an oil leak, pressure would fall and temperature would rise, wouldn’t it? I had two contradictory pieces of data?the warning light telling me there’s a problem, but the engine and all other instruments telling me everything’s OK. 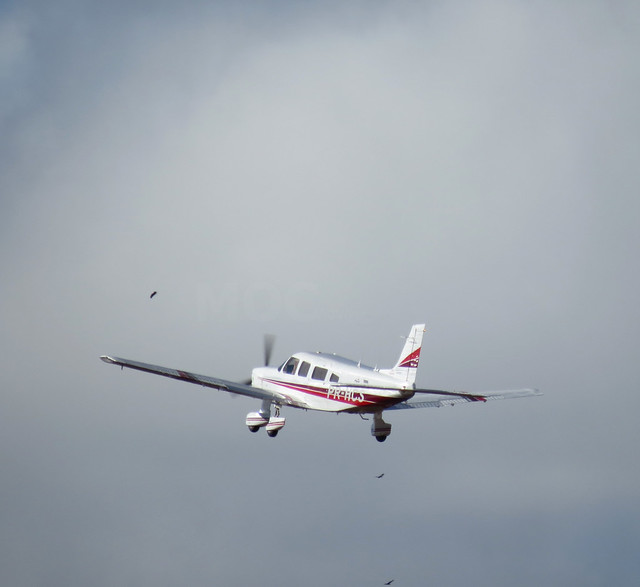 I was only twenty minutes or so from destination. My passenger needed to get home for an evening engagement and was asking what was happening.

The next sixty seconds felt like a lifetime, trying to decide what to do and climbing whilst we had full power available.

We were still below the scattered cloud base and in the climb when the AI toppled. What was going on?

What has the oil system got to do with a dry suction system? Back to the checks… The suction gauge was pegged to zero! Yet more confusion… 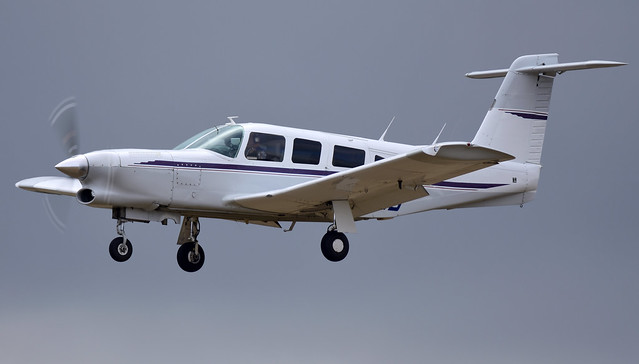 OK, enough is enough: between Oxford and our home base the only airfields I knew for sure were open were Farnborough and Heathrow.

Thankfully, having passed over Oxford, I knew it was open?though I didn’t have any plates for it.

A call to ATC to tell them I was diverting was followed by a 180 degree turn, resigned to the fact that I’d rather face the taxi ride home from Oxford than having a cameo role in an AAIB article.

Blue lights flashing at the threshold helped me find my way back to the airfield. 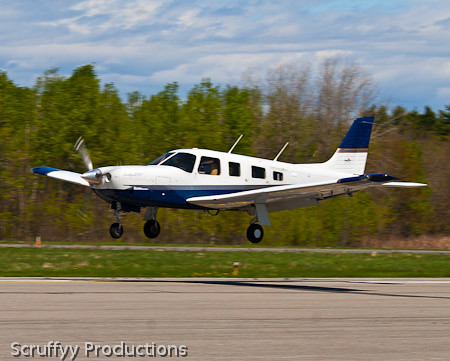 After this successful diversion a quick check of the oil showed it still at 7.5 quarts.

Tired and cold, we headed for the taxi rank, happy we’d done the sensible thing, but still bemused?what had happened? How could dripping oil, a faulty oil warning light and failed vacuum pump be related?

I didn’t believe in coincidences. With the adrenalin still flowing I opened the wiring diagrams for the annunciator panel on my friend’s smartphone. What I saw made him smile and me groan.

What had I learned? A few things actually: I’d self briefed for a night arrival but hadn’t done adequate planning for the en-route portion?e.g. the airfields to which we might divert.

I’d also failed to adjust the radio lights appropriately, being startled by the annunciator light.

The mystery of what went wrong was annoying: the annunciator panel has a vacuum warning light which should have activated if the suction pump had failed (and we knew it had, given the suction gauge was pegged to zero and the AI toppled).

The annunciator lights in a PA-32 are typically arranged from left to right in the order Vacuum, Alternator and Oil.

However, the Oil and Vacuum warning lights in my plane had been transposed!

It was the vacuum that had failed but the oil warning lamp that had come on, as it was in the wrong socket.

Dripping oil and an oil warning lamp coming on are too much of a coincidence for me to beat myself up about ‘confirmation bias’ but looking at the first diagram in the POH?which detailed the cockpit layout?did show quite clearly the order in which the bulbs should be installed.