We’d entered cloud inadvertently and were climbing to avoid high ground, so why did the aircraft suddenly sound and feel so very strange? | By Alistair Macpherson 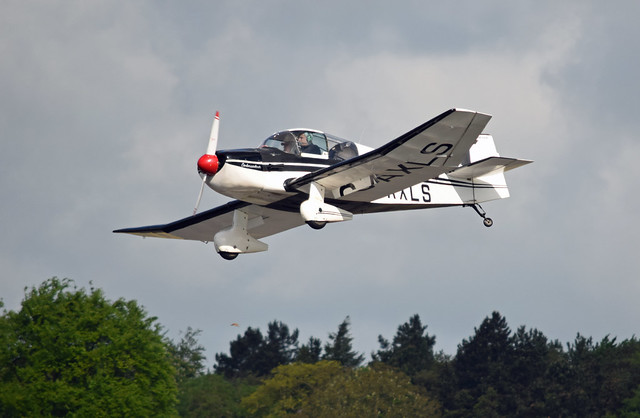 Flicking through the pages of my late father’s flying log book recently, I came across an entry dated 11 August 1969, with the comment ‘Pwllheli, coast etc!!!’ under the ‘Remarks’ column. That trip will always remain imprinted in my mind too.

Our aircraft, a Jodel Ambassadeur DR1050, G-AVOA (still flying today) was based at RAF Valley for two weeks while we holidayed in Anglesey. After a weather briefing, which suggested that all was fine for our intended route for VFR flying, we departed at 1500 local time for our destination, Pwllheli.

However, as we approached the southern part of the Llyn Peninsula along the coast, towards our destination, the cloud increased and our navigational points of reference became harder to define.

As my captain pressed onwards towards the old indistinctive grass airfield, the lowering cloudbase continually dropped, and suddenly visibility became non-existent as we inadvertently entered the dark grey murk.

Keenly aware of the high ground around us, yet uncertain of our exact position, instinctively he immediately increased power and initiated a steep climb.

Within minutes, I became aware of dust filling the cockpit, the instruments not making any sense to me at all (they had in fact toppled, as I was later informed), and the airspeed indicator off the clock. (I recall a Vne of 163mph in this aircraft.)

I looked towards father seeking some reassurance, but he was totally engrossed in flying the aircraft. As the engine noise levels had increased, I could see that his hair ? what little he had of it ? was almost standing on end!

We were then subjected to incredible positive gravity forces, such as I had never experienced in my life before, and at that moment we burst out of the cloud at a tremendously high rate of knots, heading towards a road on which I could clearly make out the white lines and surface texture. Instinctively, I braced myself for impact by placing my hands against the instrument panel. 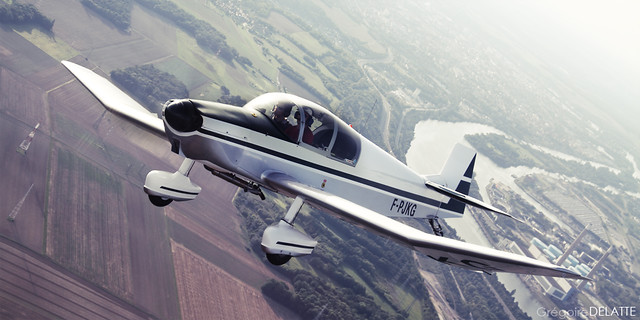 A thought flashed through my mind of yet another brief article appearing in the Daily Express, bearing our names and headlined: ‘Light aircraft fatalities in Snowdonia’. It was commonplace then and sadly continues to occur today.

With a tremendous downforce pressing me firmly into my seat, and feeling as if my body weighed ten times more, the aircraft then finally entered straight and level flight beneath the cloud, albeit at a very low height above the ground, and the engine was coughing severely.

Given the amazing g forces experienced during the recovery, that the wings didn’t separate served as testament to the strength of primarily wood and fabric constructed aircraft such as Jodels.

Fortunately, we could see the coastline and headed towards it looking for somewhere to force land if the engine became worse, but within seconds the trusty Rolls-Royce Continental picked up and resumed running smoothly. 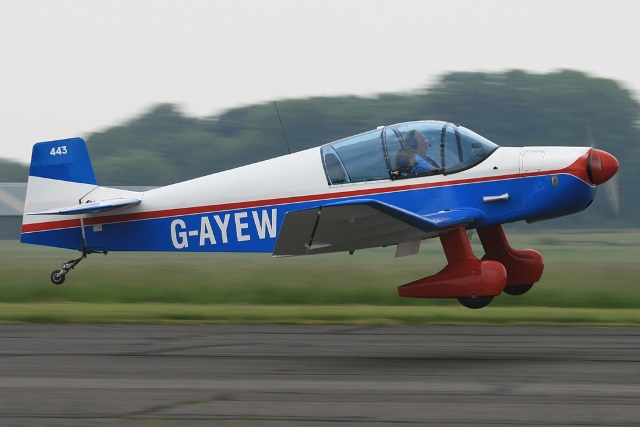 We, however, were personally far from running smoothly and in a state of shock from the ordeal. As we arrived at the coast, the visibility improved and the cloud base suddenly lifted. CAVOK!

We could see the welcoming long runaway of Llanbedr in the distance, a restricted airfield at that time, but nevertheless headed towards it to execute an emergency landing.

As we neared it, however, our confidence in the reliability of the Rolls-Royce power unit had increased to the point that we both agreed the worst was behind us and we elected to return to Valley, gradually increasing height and hugging the coastline all the way.

The return flight was uneventful but I will never forget the sensation of putting my shaking wobbly legs back onto terra firma! 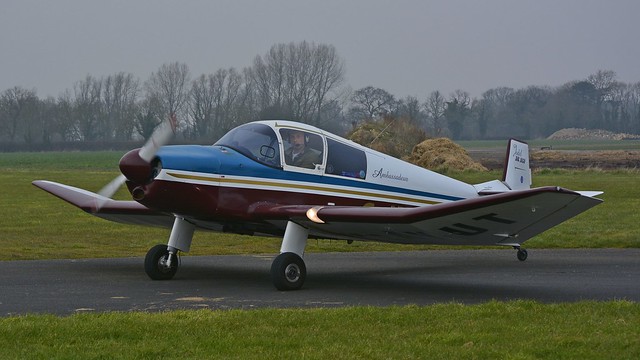 We were greeted by a very kind RAF airman on the apron who asked if we were OK as they had lost contact with us for a while. Such was their concern that they offered to look over the aircraft for us, an invitation accepted until we could return the aircraft to its engineering base at Manchester Ringway for a fuller examination. (A comprehensive check later revealed that there had been no damage to the airframe or engine.)

On leaving RAF Valley, we headed for the nearest licensed hostelry to settle our nerves and a debrief from father.

He told me that he had soon realised that the aircraft had entered a spin during the climb into the cloud, as he had overlooked trimming it. He added that he was halfway through an IMC rating course and was unsure whether to apply right or left rudder during our spin earthwards.

Fortunately, he chose the correct direction; incorrect application would have aggravated the spin making recovery impossible given the very low altitude that we were operating at. At this juncture I should point out that the Jodel DR1050 is not cleared for spinning due to the small rudder size!

Undeterred by this death-defying experience, I later gained my own PPL in the Jodel and, due to it not being certified for spinning, enjoyed the spinning exercise in a Tiger Moth, high over the Dee Estuary.

In the open cockpit Tiger, the slipstream from any incorrect rudder application would slap me in the face and was a tremendous discipline for appropriate use in general flight.

So, what did I learn?

As a young passenger at the time, I ultimately benefitted tremendously from this terrifying ‘character-building’ experience. Not only did it enhance my zest for life, but it also gave me a very healthy respect for unexpected worsening weather conditions and visibility, especially without an IMC rating.

And particularly if flying into an area where solid cumulo granite is to be avoided, such as is plentiful in Snowdonia.

Finally, never to press on and always to turn back!

Life on the Trident Fleet