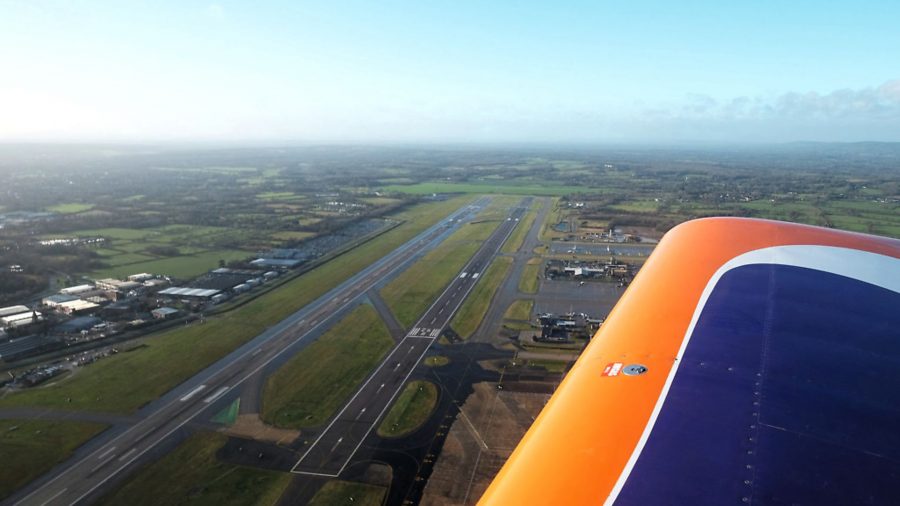 The online user portal launched in January by NATS promises to make it easier to cross controlled airspace. We put it to the test. Words by Colin Goodwin, photos by Philip Whiteman

Oh Goodwin, you old cynic! I saw the advertisement placed by NATS in the February issue of Pilot, flagging up the trial of a new portal that can be used to get permission to transit Class D airspace around London.

More specifically, Luton, Stanstead, London City and Gatwick zones. My first thought was that this was a total waste of time. I once tried to get a clearance across Gatwick and was refused. Since that was during the ash cloud period when no jets were flying, I haven’t tried since.

So I rang the Editor and suggested that we give it a go. If we weren’t allowed through then I would be proved right to be negative.

Using the portal is easy. You simply go to the page www.aup.nats.aero and click the orange box marked ‘Submit a Class D notification’. This takes you to a very simple form that asks for your name, aircraft registration and type, where you’re flying from and to, and which bit of London area Class D you want to transit.

Whiteman and I put in White Waltham to Lydd. You also select the area that you wish to transit, which in this case is Gatwick, and then hit the button. You’re asked to submit the request not less than sixty minutes before takeoff.

The fact that you’ve submitted a request doesn’t mean that a transit will be given and ? crucially ? it doesn’t mean you can fly into Class D airspace. Also, you can still ask to transit Class D en route if you haven’t submitted prior notification.

So off we go ? a lovely day but very windy. We leave White Waltham, have a quick word with Farnborough so that we can pass through their overhead and then turn towards Ockham. We’re heading for the VRP at Buckland (which is a lake). As we have a groundspeed of almost 180kt.

I slow us down and say goodbye to Farnborough and call Gatwick Director.

We’re told to carry on to Buckland and to call airfield in sight, keeping out of controlled airspace. A minute later we’re at Buckland. We’re cleared to enter controlled airspace but only to a position north of the North Terminal.

We are then handed to Gatwick Tower who ask us to remain north of the terminal while a 737 lands. This requires two orbits and then, after confirming that we’d seen another 737 on long final, we are cleared to cross the 26 threshold.

Half a minute later we are south of Gatwick and back with the Director who?once we’d cleared the Class D at Handcross VRP – gave us a friendly cheerio.

So it worked. Talking to NATS afterwards, it appears that the new service is very popular with commercial helicopters. That January morning we were the only fixed-wing aircraft to use the service.

The advantage, and the raison d’être of the portal, says NATS, is that it helps controllers manage workload if they have an idea in advance of traffic movements. That’s fine by me.

It’s an easy system to use. I like flying in straight lines and if this trial is a success I hope it will be extended to other areas of Class D in the UK.

I’d like, for example, to avoid having to use the rather risky Manchester corridor and instead use a more direct route that is higher and not so narrow and constricting.