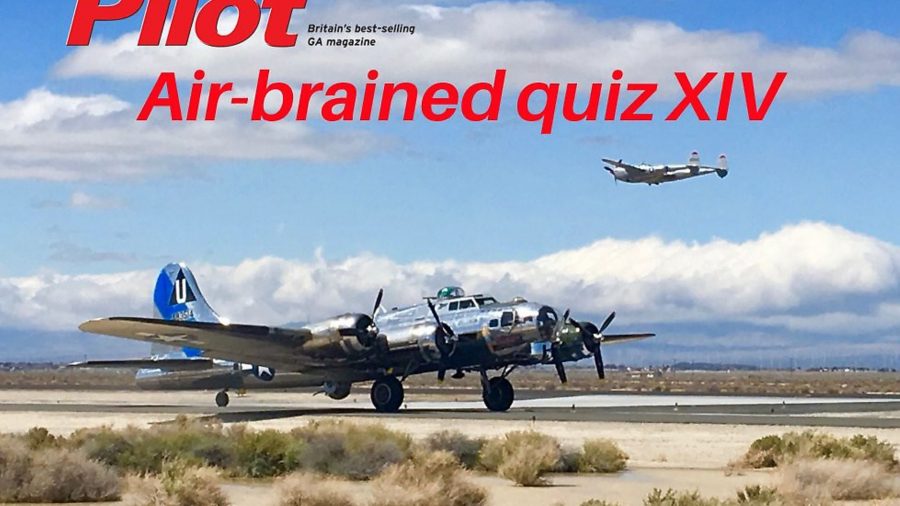 How air-brained are you? Test your general aviation knowledge on matters including safety, history, training or anything related to flying!

Full explanations of the answers are detailed below the quiz – don’t be cheeky and have a peek before answering!

3 d During tests for certification of an aircraft, the manufacturer develops the best combination of flap settings, airspeed and technique to achieve the best results. Don’t attempt to reinvent them. These factors differ even between aircraft of similar types

5 c The idea was that, on the sound of a Zeppelin being heard, it would take off from the deck of a ship patrolling in the North Sea, intercept and shoot down the airship then ditch close to its parent ship which hopefully would pick up the pilot. The RNAS Experimental Construction Depot at Port Victoria, Isle of Grain, built the Kitten which made its first flight on 1 September 1917 achieving 95mph, but by this time the Zeppelin threat was over and the project was cancelled

7 b At sea level (1013.2hPa) the figure is actually 8m (approx 27ft) per hPa but 30ft/hPa is normally used because, as pressure drops, the altitude change per hPa increases on a logarithmic scale. At 3,000 ft it becomes 30ft/hPa.