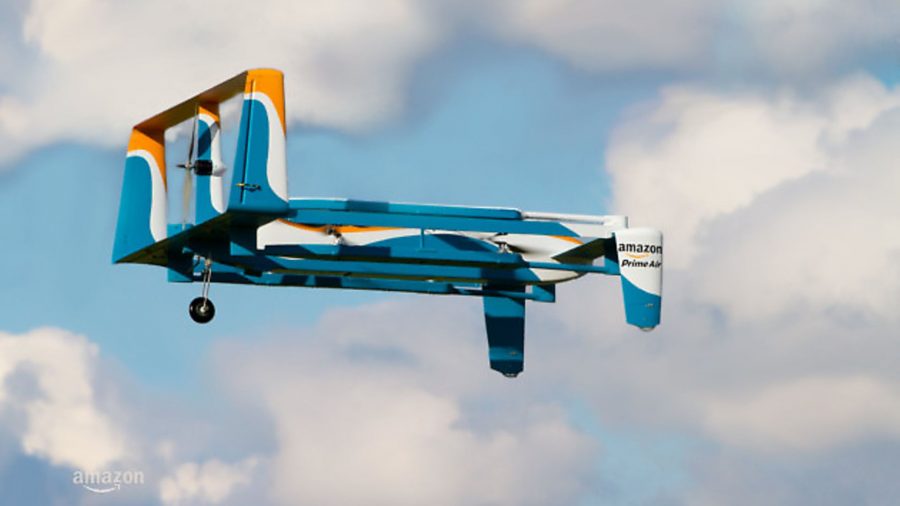 Since the birth of the internet and the simplicity of sharing photos and information, keeping something secret and out of the public has become nearly impossible. Particularly when the thing you’re trying to keep secret is a long awaited and somewhat controversial aviation technology.

Ideally, most tests would be carried out in a huge uninhabited area where they are unlikely to encounter unwanted attention.

Unfortunately that’s not an option for Amazon, which after being denied permission to test in the USA has set up shop here to test its new delivery drones.

The ‘top secret’ location that they have chosen is a farm in eight miles south of Cambridge named Worsted Lodge. In a thorough photo-essay, a Business Insider reporter took the opportunity to explore the site and the field, until she was turned away by a security guard.

Sam Shead, of Business Insider, writes: “Here is a closer view of the smaller base. A man (believed to be a security guard) emerged from this container and asked me what I was doing. He denied that the site was used for drone tests, saying instead that it was simply a ‘farm’. When I pointed out that there were large launch pads in this field that was used for farming, he shrugged.”

Amazon initially wanted to test the drones in the United States, but after facing a lot of frustrations with the FAA, opted to test abroad instead. If Amazon fulfills its vision of internet shipping using an army of drones then everyone will know that it had its beginning on a humble farm in Cambridge.

Check out the full slideshow of Shead’s images at Business Insider.