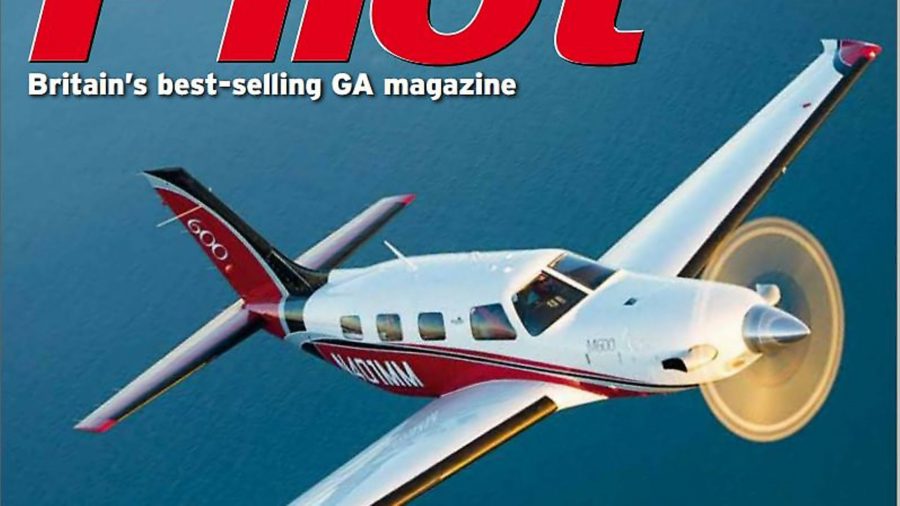 Appearing alongside a flight test of Piper’s newly-certified M600 turboprop ‘rocket ship’, the sad story of Scottish racing driver and private pilot Ron Flockhart’s ill-fated early 1960s attempt to set a record speed in flying from Australia to England is one of the main features in the August issue of Pilot, which hits the newsstands on 12 July.

Famed as a two-time Le Mans winner who drove F1 cars as a member of the BRM team, Flockhart perished in April 1962 when he lost control of his civilianised P-51 Mustang in cloud over the Dandenong Range in Australia. Ron was a private pilot but he had no instrument flying qualification and had flown very little in the months prior to the accident.

As Editor Philip Whiteman says in the magazine’s ‘Preflight’ editorial ‘Ron’s story is perhaps more of a ‘We Learned About Flying From That’ than a flying adventure that went wrong as, after a series of accidents similarly attributable to loss of control in bad weather, the UK IMC Rating was introduced only a few years later, in 1967.

‘Over the decades since the IMC must have saved a number of lives, but it has remained the only game in town as far as the private pilot is concerned… The authorities have never seen fit to align the European Istrument Rating with the US Federal Aviation Authority IR, which is both easier and cheaper to acquire – and has an excellent, proven safety record. I hear that moves are afoot, but until it happens the intermediate step we do have is the EASA Competency-Based IR.’ How difficult is this relatively new rating and how much does it cost? Stephen Walker explains in Part Two of his CB-IR ‘Beyond the PPL’ feature, in the same issue.

In a more light-hearted vein, the August issue also brings Geoff Scott’s ‘inspired – if a little eccentric – tilt at the Pooley’s Dawn to Dusk challenge’, a ‘Flying Adventure’ that involved flying the length of the French coastline and attempting to spot every lighthouse on the way. ‘Like any Pilot feature, this one is a great story offering a fine mix of entertainment and – yes – education,’ says Editor Philip Whiteman. ‘We hope you enjoy it!’

Rounding off the content of this bumper issue is a 23-page ‘Gear Up!’ section – Pilot’s showcase for flying kit, accessories, supplies and services.