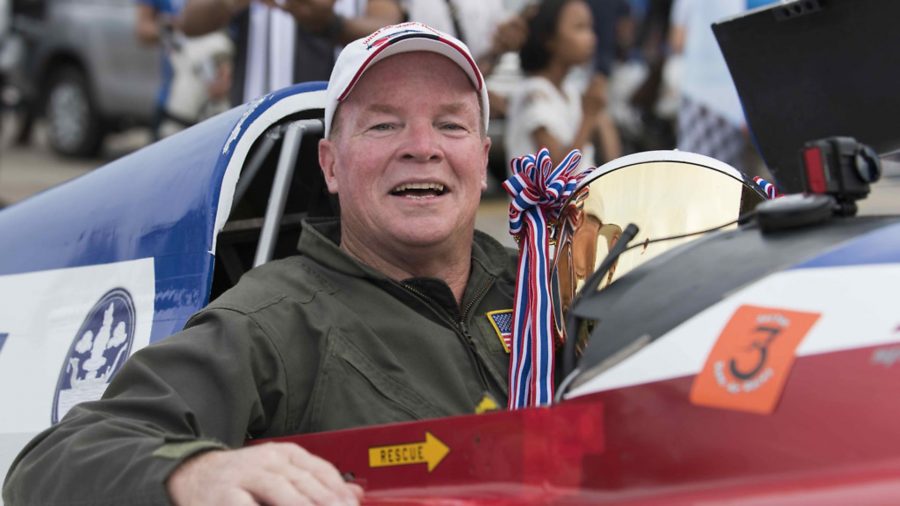 California’s Tim Cone has been crowned Air Race 1 World Champion after winning the fastest international motorsport championship on the planet.

The 52-year-old dominated the final in his Grove-Winged Cassutt racer #99 ‘What Airplane Honey’ to win the World Cup in style.

In an aircraft that was so named when his wife realised he owned it by watching him flying on TV, he was initially relegated to third place at start of the race, but rapidly caught and passed fellow Californian Justin Phillipson in #79 ‘No Strings Attached’ then, in a repeat of his charge in the morning’s semi-final, passed Philip Goforth of Texas in #69 ‘Knotty Girl for the race lead and victory.

Cone, a corporate pilot and formation flight lead in his full time job, was delighted with the victory; “What an amazing experience. This week in Thailand has been incredible and top top it off with the World Cup is the culmination of a lot of hard work in the last few months.

“I’m drenched with sweat. It’s 55 Celsius in the cockpit and there’s no air and it took a lot to get around the two guys who got ahead of me at the start.

“It’s as bigger surprise when you get the chequered flag. You would think I could count to eight but I was thinking “come on, where’s the flag?”

“Thailand have been the perfect hosts for Air Race 1 World Cup I cannot wait to come back next year and do this all again.”

The Sports Authority of Thailand, part of the Ministry of Tourism and Sport, hosted the Air Race 1 World Cup; the world’s purest air race challenges pilots in a demanding test of skill. Each race sees up to eight pilots go head-to-head on a tight oval circuit of 8 laps at speeds of over 450 kilometres per hour just metres above the ground to be the first nose across the finish line.