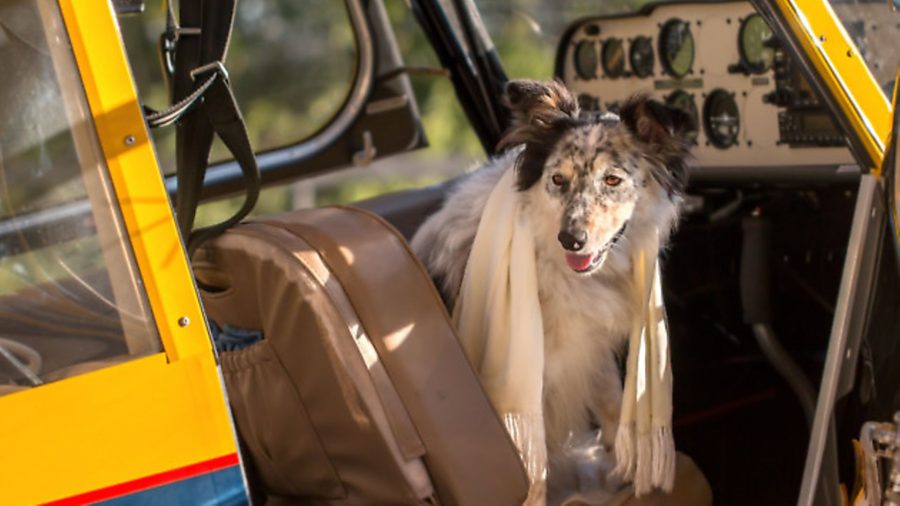 It’s finally happened. Dogs Might Fly has somehow managed to get a dog to fly an aeroplane and now our lives are complete.

Once again. A dog. Flying an aeroplane.

The Sky1 show is constructed much like a talent contest, bringing in abandoned and stray dogs from all over the country where they will compete for the chance to be trained how to fly an aeroplane. It is set to conclude on Sunday and to celebrate here’s a clip of Shadow – a Staffordshire bull terrier collie cross – in the cockpit at 3,000 feet. 3,000 feet!

Shadow appears to be completely content and relaxed as he takes control of the aeroplane guided only by a handler and enjoying the occasional treat. When he was scouted for the show the canine turned pilot was just hours away from being put down.

Animal expert Charlotte Wilde, who accompanied Shadow in the aeroplane, said: “We set out to show that dogs have extraordinary abilities and flight was the ultimate test.

“Each year 5,000 dogs just like Shadow are put down, but through this show we wanted to demonstrate just what remarkable and intelligent animals they are.”

Shadow was one of three dogs that made it to the final stage of the show along with Reggie and Alfie. In the end, all of the dogs that featured on Dogs Might Fly ended up being re-homed, which is obviously wonderful

You can find out how they all did when Dogs Might Fly airs its final episode on Sunday (3 April) at 7pm on Sky1.