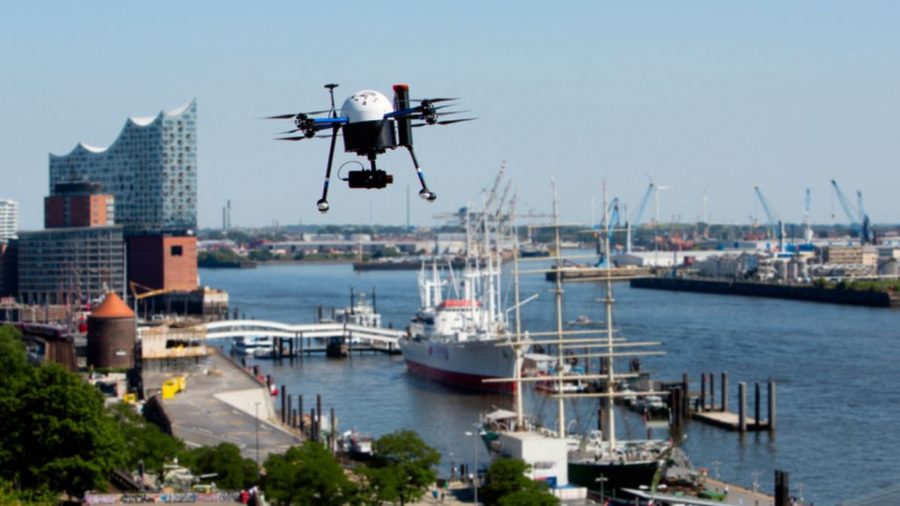 A new system for integrating drone traffic – the European U-Space concept – is being tested for the first time at the Port of Hamburg. If the tests are successful, the concept may provide the basis for expanding commercial drone use, essentially giving drones their own traffic system. U-Space, which coordinates drones with manned air traffic, was conceived by EASA (European Union Aviation Safety Agency). If the trials are successful EU member states will be expected to implement U-Space by the beginning of 2023.

Droniq GmbH and its parent company DFS, the German air navigation service provider, are putting the idea into practice by setting up a U-Space ‘sandbox’ over the Port of Hamburg, Germany’s largest seaport. The project will cost €1m and is being funded partly by the German Federal Ministry of Transport and Digital Infrastructure (BMVI). At the moment the flight approval process for drones can be lengthy and is regarded as an impediment for the industry, especially in time-sensitive operations. U-Space is intended to solve these challenges, even in the case of flights beyond the pilot’s line of sight.

The port of Hamburg lends itself to drone testing, as the highly automated maritime and logistics industry is poised to rely heavily on drones in the future.

Similar tests have been conducted in Switzerland, a country that, despite being outside the European Union, is an EASA member. After the tests proved successful, the U-Space system was rolled out across the whole of Switzerland on 3 August.