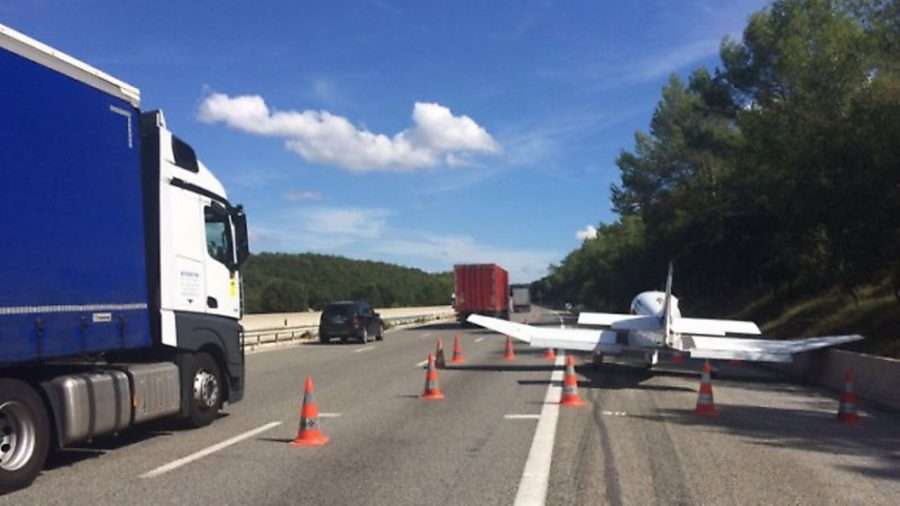 The pilot, his two passengers and everyone driving along the road were unharmed in the incident, which was caused when the aeroplane’s engine failed

A private aircraft had to make an emergency landing on a motorway in southern France last week when the engine failed shortly after takeoff.

The Robin DR400 was being flown by an instructor, who had two students on board, when it got into trouble in the skies near Brignoles.

With heavy woodland on one side of the aircraft’s position and buildings on the other, the pilot decided the safest option was to land on a stretch of the A8 motorway.

With great skill, he brought the aeroplane down on the motorway’s hard shoulder and avoided contact with any of the cars on the road.

No one on board the aircraft was injured. Local police tweeted that all three occupants walked away “in good health”.

The Robin had to be dismantled before it could be removed on the back of a truck.

How close is too close?