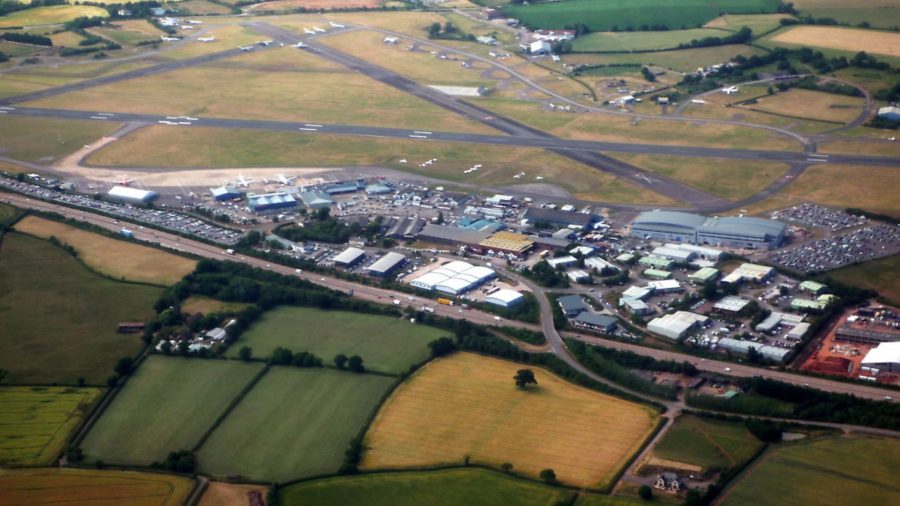 Exeter and Devon Airport Ltd (EDAL) had identified a requirement to adapt the airspace structure surrounding Exeter Airport. Its stated objective was ‘to assist Air Traffic Control in providing enhanced levels of information to aircraft operating in and out of the Airport, and to aircraft operating in the local area’. EDAL’s formal ACP was submitted on 15 December 2017.

In the Framework Briefing that took place at CAA House, London on 28 June 2016 EDAL had outlined its proposal and preferred option to introduce Class D Controlled Airspace (CAS) around Exeter Airport, establishing a Controlled Zone (CTR) and Controlled Areas (CTAs) with lower and upper limits yet to be determined. The CAA emphasised the need for a collaborative approach, in particular with aviation stakeholders, and that a ‘holistic’ approach to CAS design should be adopted. The Authority added that any potential ‘restriction’ to local flight operations was likely to be strongly contested by the GA, LAA and BGA communities.

A public consultation consultation document was emailed to 52 organisations and individuals, including the MoD, airlines, adjacent aerodromes and local airspace users. National bodies such as the Light Aircraft Association were represented through the National Air Traffic Management Advisory Committee (NATMAC). Prior to the commencement of the consultation period, meetings were held with some local aviation stakeholders including Dunkeswell Aerodrome, Devon and Somerset Gliding Club (DSGC) and the Defence Airspace and Air Traffic Management. A total of eighteen responses came in from the original 52 contacted, and an additional 414 were submitted by individual members of the GA community or other parties.

Significantly, it was noted by the CAA that disagreements arising from the Consultation Document had not been resolved or mitigated prior to submitting the proposal and the EDAL had not responded to these as required per CAP 725 paragraph 4.7.

In respect of safety, the CAA stated that it is ‘not satisfied that the proposal maintains a high standard… for the following reasons: a) the proposal does not include the Letters of Agreement/Memorandums of Understanding which mitigate the risks associated with… the Safety Buffer Policy; delegation of Air Traffic Services or how airspace sharing arrangements will work with adjacent airspace structures; or notification, clearance or communication procedures for aircraft operating from Dunkeswell, or those transiting the area, that choose to enter the proposed CAS; and b) the proposal does not resolve or provide mitigation for the operation and integration of other airspace activity including, but not limited to, glider operations. No draft Letters of Agreement is provided between Exeter and Devon and Somerset Gliding Club (DSGC) which allows DSGC flight operations within designated areas of the proposed Exeter CAS as proposed.

Damningly, the Authority concludes ‘The size and classification of airspace of the proposed airspace is disproportionate when considering the potential efficiency benefits of CAT operating at Exeter. The proposal falls short on facilitating access for as many other types of aircraft movements. The size of the final design is not predicated on a safety argument… but on the containment of existing instrument flight procedures, which is not required. The misapplication of the Containment Policy has led to a design which is disproportionate and therefore fails to secure the most efficient use of airspace.’