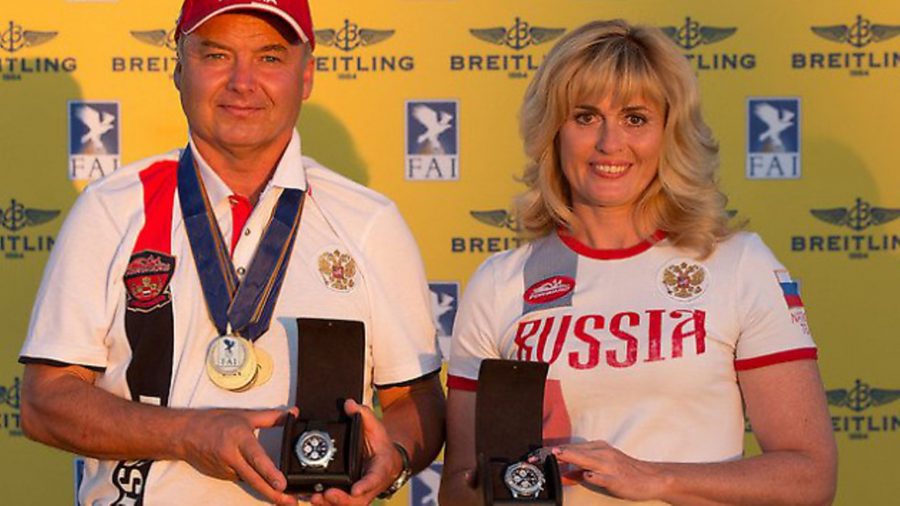 Mikhail Mamistov secured his fifth gold medal in style, while the women’s category went down to a photo finish

The skies were clear and blue for the 20th FAI European Aerobatic Championships, held 20-27 August 2016 at Moravska Trebova in the Czech Republic, but the sun shone brightest on Russia’s aerobatics masters, Mikhail Mamistov and Svetlana Kapanina.

Having taken the lead following the second programme, Mamistov never looked like faltering as he flew to the gold medal, his fifth at these championships. It is yet another accolade in his glistening two-decade career, which has seen him named FAI World Aerobatic Champion on two occasions.

Over the course of the week, 40 pilots from 13 nations competed across four flight programmes. The first was ‘Known’, meaning the pilots knew the routine they would have to perform beforehand, so could get in some training.

The other three programmes, however, were ‘Unknown’. Pilots were given 10 aerobatic figures during the competition and they had to turn them into a routine – which they had no time to practise.

It was the French pilot Olivier Masurel who took the early lead after the Known programme, with a score of 79.77 per cent. Mamistov sat in third.

With some mistakes from Masurel in the first of the Unknowns programmes, Mamistov snatched first place with a strong routine, ending the second day of competition on 78.207 per cent.

The lead is where Mamistov stayed throughout the final two programmes, but despite the heights he reached with his routines, the seasoned star always kept his feet on the ground. Following his fourth 10-minute flight, he nonchalantly declared with a smile, “Not the best, not the worst, we will see!”

Mamistov won with a score of 78.915 per cent, while local hero Martin Sonka finished on 78.061 percent, which proved good enough for silver. Masurel held on to bronze.

“The competition was perfect – very interesting, demanding and just the right amount of difficulty,” said Mamistov.

Things were a lot closer in the women’s category. Kapanina managed to cling on to a gold-medal winning lead from the first day of competition, but by the slightest of margins. Fellow Russian Elena Klimovitch finished just 0.54 points behind her.

The Russians didn’t have everything their own way, as they had to settle for silver in the team category. France took home the gold, with six pilots finishing in the overall top 10.

Perhaps the biggest cheer of the week came when the Czech crowd watched their countryman Sonka win the Freestyle Champsionship – an all-or-nothing four-minute routine to show off a pilot’s handling skills free of the programmes. After his victory (the second time he has won the title) Sonka beamed, “I was very happy to win here in my home country, performing before all the fans.”

And with clear skies throughout the week and the highest class of aerobatic flying (plus a local lad to celebrate), the 20th FAI European Aerobatic Championship had plenty to keep those fans happy.