What you see is not always what you get - especially when you’re flying straight through the notorious Bermuda Triangle. By Colin Arkle 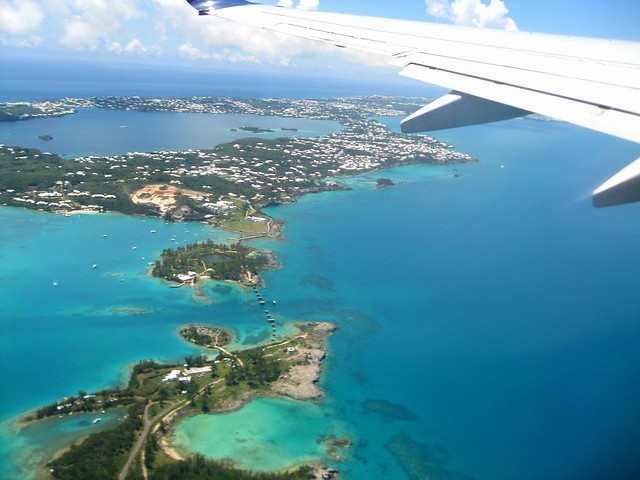 In the days of commercial sailing ships the Sargasso Sea was notorious for its endless calms and glassy seas. Ships could wallow for weeks under blazing skies and in suffocating humidity. Its western edge lies just east of Florida and extends east as far as the 40W meridian. This vast, stagnant mass of water, home of the sargassum weed, is known as a sub-tropical gyre.

It sits, immovable and mysterious, on the Tropic of Cancer and is the origin of many a lurid and frightening tale of lost, drifting ships and their skeleton crews. Aircraft have gone missing there too and have often reported strange optical phenomena. Almost at the heart of the Sargasso Sea lies the island jewel of Bermuda, the place whose nearby strange happenings gave rise to the legend of the Bermuda Triangle.

It was a warm and humid evening in 1984 as we crossed the tarmac at Bermuda’s Kindley Field Airport towards the waiting DC-10-30. After two very pleasant days enjoying our turnaround slip on the island, we were due to depart for London just before midnight.

Soon we were starting the engines and on our way, the DC-10 ghosting along the parallel taxiway under idling power as we made our way towards Runway 30. Our departure would take us straight out over the sea with, after a gentle right turn, more than 3,000 miles of ocean between us and our next landfall over Land’s End in England. 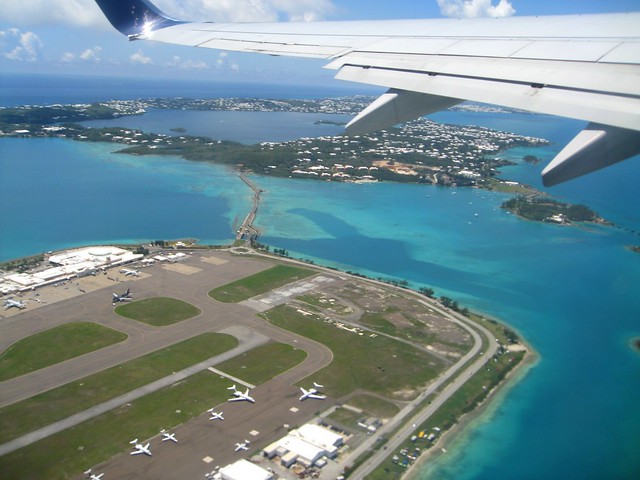 With taxying checks completed, there were a few moments to look out at the dark, moonless night and to observe the strobing light of St David’s Head lighthouse as it flickered across the airfield, momentarily illuminating the rows of parked US Navy patrol planes. Then a brief check with our flight engineer: “Ready to monitor the clearance, John?” “Go ahead, Skipper.”

With Joe in the right-hand seat steering us towards the threshold, I braced myself for the machine-gun style clearance delivery which was the norm at Kindley Field.

Delivered at lightning speed in just a few seconds. Old Bermuda hands rapidly learned that it was impossible to copy this blizzard of information down accurately, but also soon realised that it was always identical to the information on our flight logs. A few verifying ticks and an almost equally fast read back had the job done.

A final wind check with the Tower indicated a flat calm and Joe was soon making the final turn onto the runway. “Speedbird 272 cleared for takeoff.” 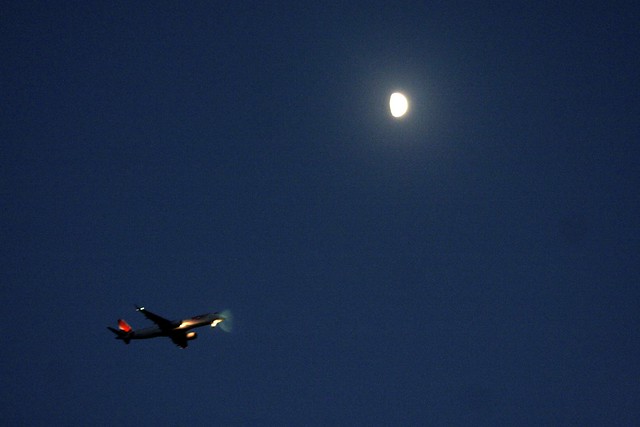 A confirmation that all checks were done and then I was advancing the three thrust levers as Joe lined us up and called for takeoff power. With all three engines spooling up nicely John eased the throttles up, under my grip, as he trimmed to the rated power.

The heavy DC-10 moved reluctantly down the runway, sluggish in the hot and heavy air. Soon the inky blackness beyond the runway end was rushing towards us as we steadily picked up speed.

As the lights of the terminal flashed past I made the speed calls: “V1”, a pause, “Rotate”. Joe eased the nose up and soon we were airborne, the lights of the shore disappearing under the nose, climbing without visual reference into total darkness.

“Positive climb” “Gear up!” I leaned across the throttle quadrant and moved the gear lever into the up detent. As I did so, small, yellowish pinpricks of light caught my attention at the top of the windscreen. After a brief check that Joe had us stabilised at our climb speed and attitude, I looked forward and up. Sure enough, visible some way above and ahead were the lights of an opposite-direction aircraft.

There was no rush to call departure frequency, as we had some way to climb before the turn. “Flaps 5, please.” For a minute or so we were busy with flap retraction and accelerating the aircraft. With some concern I noted that the opposite traffic was now lower and closer.

Four bright landing lights were now clearly visible, and red and green navigation lights could be discerned against the glare. 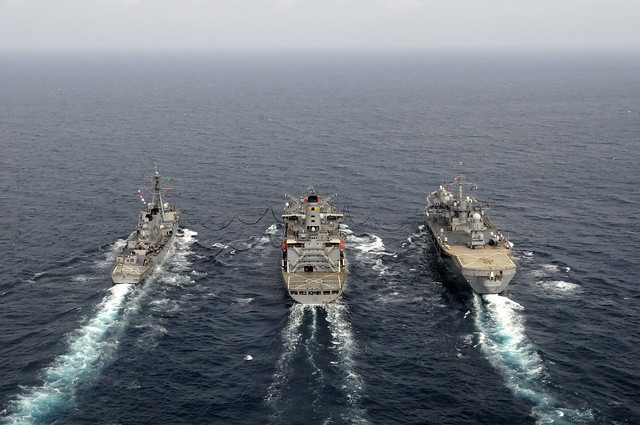 “Departure, Speedbird 272 with you, passing 2,500 feet. For information, we appear to have opposite direction descending traffic.” “Roger Speedbird. We have no known traffic in that area, keep us advised.”

John leaned forward for a better look. “Seems like he’s descending right on top of us.” “Bermuda, the traffic is still straight ahead, descending. Do you have him on radar?” “Negative, there’s only you out there. Nearest traffic is eighty miles away near Bowfin.” Our aircraft TCAS system remained quiet and blank.

The approaching aircraft was now substantially and threateningly larger. Clearly something had to be done, and quickly. “Bermuda, we are turning right forty degrees now and will stop our climb at 4,000 to avoid the traffic.”

I gesticulated to Joe as I said this and he complied by pitching the aircraft down and initiating a right turn. As I watched the intruder aircraft approaching, it too appeared to turn away from us, angled and elongating now as it filled most of the top left edge of my ‘A’ screen.

“Speedbird 272 now passing clear of the traffic.” “Roger Speedbird. For your information, the only traffic of any kind in your vicinity is a US Navy warship.”

Almost as this information was given, the mystery aircraft moved down to our left and appeared at the bottom of the left ‘B’ screen. Cruising below us towards Bermuda was a large Navy supply vessel, deck lights blazing and navigation lights twinkling. A few moments of stunned silence followed.

We had just been manoeuvring at 4,000ft to avoid a collision with a ship! We had been climbing out at an attitude of around fifteen degrees and the ship had appeared at an apparent elevation of at least twice that.

“Bermuda, we confirm the traffic was a ship.” “Copied.” The terse reply spoke volumes. I wonder what they were thinking…

I had always been a total sceptic of all mysterious and unexplained ‘phenomena’, since long years of high altitude cruising in commercial jets had not given rise to any inexplicable event, sighting, or a formation flight with a UFO. I would surely have seen one of those, if they existed.

During that late night departure in 1984, however, my opinion changed.