You can’t plan for all contingencies but recognising that things often take longer than planned is a good place to start. By Ray Wilkinson 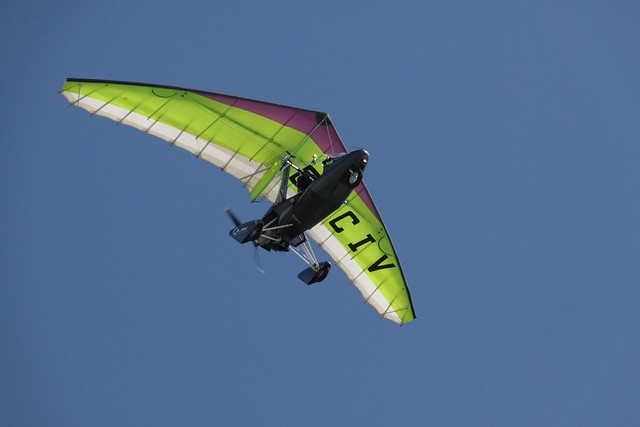 I passed my microlight General Skills Test on a Quantum flexwing aircraft in early November at Hunsdon airfield, inside the Stansted Transponder Mandatory Zone. My examiner knew of someone who was selling a Quantum, with the superb Rotax 912 engine, up at his home base at Boston. I looked at the aircraft a few days later and shook hands on the deal.

Then followed an agonising few weeks waiting for my licence to arrive and to get the aircraft. By the time I had both it was mid-December.

I flew as often as I could over the next couple of weeks, and late in December decided to take up my first passenger. I planned a flight to Stoke airfield in Kent. On the morning, it took a while to get my passenger suited up for the cold weather and we took off rather later than I had wanted to. We made good time, though, and landed without incident.

A workmate of mine lived nearby and met me at the airfield. I took him for a short flight, heading east, and we zipped along, considering the Quantum flies at 60mph. It has a fast/slow trim but like all Quantums it’s totally ineffective. We turned back towards Stoke and I realised the groundspeed was now pretty low; our earlier speed had been due to a strong tailwind, and now we had to pay the price. As a consequence, it took longer than I had expected to get back.

When we finally landed, I wasn’t sure we would have enough fuel for the return flight to Hunsdon. I was able to borrow a fuel can and my local mate and I jumped in his car and found a petrol station. Again, this took longer than I hoped, so it was getting quite late by the time we finally departed Stoke. 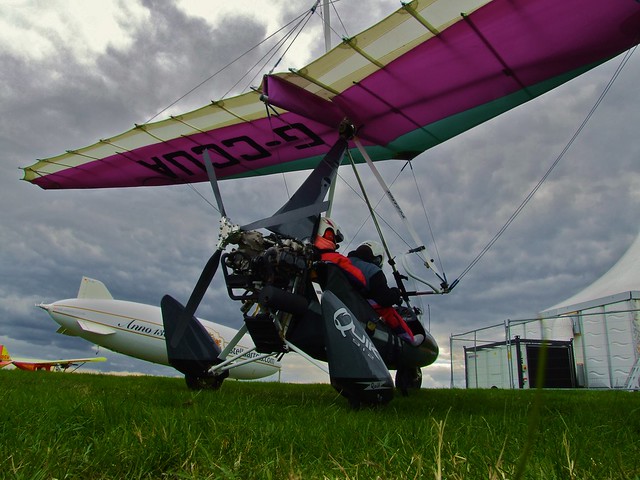 Days are short at the end of December. Still, once we rounded the edge of the Southend CTR, we would be out of the headwind and there was just enough time to get home.

We took off, rounded the zone and were still in a headwind! Groundspeed was less than 40mph so I increased power and pulled back on the bar to keep the nose down (flexwing controls being the opposite of conventional controls, of course). Our airspeed was now 70mph and the groundspeed went up to a little under 50mph — hard work and still not great, but the best I could do.

We watched the sun set and we watched the last flight into Stapleford. It became increasingly obvious it was going to be very tight getting back before dark. Because Hunsdon is in the TMZ, aircraft without transponders can enter the TMZ east of Ware on the north side and fly a specific route at below 1,000ft QNH. That meant I had to fly the long way round, given that we were approaching from the south.

I knew I didn’t have time for that, so decided to divert to London Colney, south of St Albans. It wasn’t much closer than Hunsdon but I knew it very well: we just had to follow the M25, then turn sharp left just short of the big Sainsbury’s and we were lined up with the runway. I also knew the ground either side was smooth and flat and there were no obstacles.

SkyDemon gave me the location accurately and we landed without incident. By then it was so dark my passenger didn’t see the runway until we were on it. Unusually, there was someone there, and with their help we secured the aircraft until the next day. 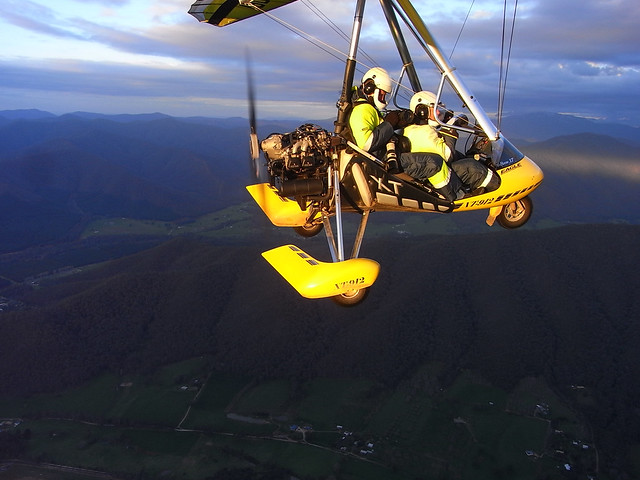 My passenger’s family lived fairly locally so he called and arranged for them to pick us up and take us to my home. I remember commenting that I should call someone at Hunsdon but didn’t know who to call. On the way home, I realised my phone was ringing — I hadn’t been able to hear it ring or feel it vibrate as it was buried in my flying suit.

By now it was over an hour after dark and my Hunsdon colleagues were concerned that we were overdue and had started calling round to try to find out where we were. Of course, the fact that I wasn’t answering my phone didn’t help.

The following day I retrieved the aircraft and returned to Hunsdon. When I got there, a few educational words were offered about always letting someone know about changes of plans.

So what did I do right and what did I do wrong? On the positive side, we always had options and there was always a plan B. I could have landed at Stapleford and it’s quite possible to put a flexwing down in a field — not ideal but there was no emergency so I would have had time to plan and survey for a suitable site. Once I got to know the aircraft better, I realised that I’d had plenty of fuel for the return journey, but I didn’t know that at the time so refuelling was probably a good decision.

However, if I had known how long refuelling was going to take, I probably wouldn’t have. Diverting to London Colney was also the right decision in the circumstances.

There were a whole lot of lessons learned. Firstly, make sure there’s plenty of time to complete the trip and make adjustments if necessary. I could have asked about the fuel situation when I called for PPR, which might have warned me it would take a while. Check the groundspeed — easy enough with SkyDemon — and remember that making good time from a tailwind is only a loan and it has to be paid back with interest.

If you land out or your plans change, let someone know, so they are not wasting time alerting the authorities or calling round. I now always make sure my phone is where I can hear it (although not in the air on this type of aircraft).

Finally, as I gained experience, I realised there were other options I wasn’t aware of at the time. I could have called Farnborough North and requested (and received) clearance to transit the TMZ, even without a transponder. SkyDemon would have supplied the radio frequency. It’s now programmed into my radio together with dozens of other useful frequencies.

I never would have made any of these mistakes flying with an instructor, of course, which I suppose is why you don’t really start learning to fly until after you get your licence.

Rolls-Royce Spirit of Innovation takes to the air