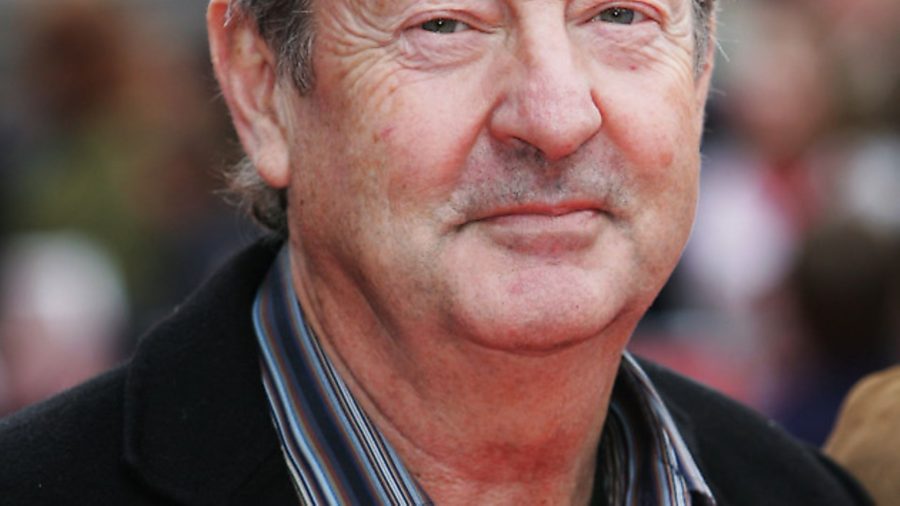 Petrolhead and Pink Floyd drummer Nick Mason used to hate flying with a passion — but now he and his wife Annette are both enthusiastic pilots. Nick Mason, the Pink Floyd drummer, says that he chose playing the drums over other instruments because it involves sitting down and is therefore easier on the legs — which is perhaps why he loves flying…

Mason is as widely known for being a petrolhead and owning an amazing collection of cars as he is for wielding the sticks in one of the most famous and successful rock bands in the world. His Ferrari 250 GTO, which Mason says he will never sell because he loves it so much, is a regular sight at Goodwood. It was driven this year at the Revival by former F1 driver and latter-day commentator Martin Brundle, and aviator and historic racer Mark Hales.

Refreshingly, it’s clear when you get Mason talking about cars that if Pink Floyd had never made it past the pub gig stage and there had been no Dark Side Of The Moon, he would still be tinkering with cars. Perhaps only old MGs, but his love for mechanical things is not wealth related. And not restricted, for that matter, to cars. Mason rides motorcycles and flies both fixed-wing aircraft and helicopters. The latter in the form of a Eurocopter AS350B3 Squirrel that is also flown by his wife, Annette. Quite a lady, Mrs Mason: I’ve raced against her in karts (and been thrashed) and watched her race the family Maserati ‘Birdcage’ sports racer at Donington and Goodwood. Like husband Nick, her flying career started with fixed-wing aircraft in the early ’80s.

“The flying thing is Vic Norman’s fault,” explains Mason. “I was moaning to him that the trouble with touring with a band is that it involves flying, which I hated with a passion. Anyway, Vic said why didn’t I learn to fly myself because that might well conquer my fear. I thought it was worth a shot so I allowed myself to be pointed in the direction of Brendan O’Brien, who Vic said would be the man for the job. He couldn’t have made a better choice because O’Brien turned out to be quite a character. Best of all, he absolutely adores flying which is quite important in an instructor and not always the case. Anyway, as soon as we started Brendan said “Nick, you’ll need a decent flying jacket.” So we flew to Paris to buy one — that’s how it went with Brendan.” That was back in 1983 and a year later Mrs Mason was despatched to O’Brien to learn also.

“Nick wanted me to learn because he thought I could save him if he had a heart attack or something,” explains Annette Mason. O’Brien proved to be equally skilled and entertaining in teaching Mrs Mason to fly as he had been with her husband, though with a few unconventional aids thrown in.

Before Mason had passed his skills test he’d already bought a brand-new Robin DR400. “It took me at least a year to get my licence because it was also around the time I was doing a lot of motor racing, including driving modern stuff at Le Mans. Also the music of course. And the weather: I made lots of mistakes while learning including getting completely lost overhead Elstree unaware that the airfield was underneath me.

“Buying a Robin turned out to be a wise move, although at the time I didn’t have any advice or guidance — I just went ahead and bought it. It could have been a disaster if I’d chosen the wrong aeroplane, but the DR400 was just perfect for the novice pilot. It’s such a nice aeroplane that I’ve still got it.” Not that Mason has a particularly good record on selling toys. There’s a lot more incoming metal than outgoing. “You never know when things might come in handy,” says a defensive Mason, “and if anyone wants half a dozen VHR recorders they should get in touch.”

Mason’s fellow bandmate Dave Gilmour had a similar problem with a fear of flying and decided to take the same course of treatment. It worked but there were interesting side-effects, with Gilmour catching the aviation bug quite badly and ending up owning a string of aircraft that are not as practical as a Robin. Like a Folland Gnat. You’d expect Mason, with his love of machines and especially those with terrific performance, to have got carried away buying warbirds and other exotics. “I’ve never really got the full-on warbird bug,” he says. “When I first started flying on my own I was quite nervous and was happy to fly along in a straight line in the Robin. I think buying aircraft is quite different to ground-based machinery. I don’t get quite the same excitement and anticipation when buying an aeroplane as I do when getting a new car. I think it’s that an aircraft is far more complicated and serious.”

Mason has dabbled, however. “Dave Gilmour and I shared a Beech Staggerwing but I don’t think I ever flew it. We also had a Stearman between us, which Annette and I flew to the South of France to racer and broadcaster Alain de Cadenet’s place down there. That was probably one of my fondest flying memories. We went down with friends in a formation — like something out of World War One — and when we called ATC at some airfield in France and announced that our formation would be landing the chap on the radio said “Formation? it looks more like a gaggle to me.”

Mason and Gilmour also went halves on a Cessna 421 Golden Eagle. “We got a bit carried away with that. Kept it at Gatwick and used it when we were on tour.” Usually it would be flown by a professional pilot but Mason does have a twin rating. “It’s another certificate,” says Mason. “And if there’s one thing that I really love it’s a certificate. Annette and I also went on a crew resource management course — another certificate — which was very interesting. Annette’s character and mine are very different, and when it came to settling a crew dispute, I said that I would pour custard into the other pilot’s flight bag and Annette said she’d kick him down the aircraft steps. We’re very critical of each other, although we try not to be when we’re flying our friends. Passengers don’t like to see the pilots fighting.”

In the early ‘90s Mason was taken for a ride in a JetRanger, “during which, in a moment of clarity, I thought “Crikey, you could go somewhere in one of these…” so I started having helicopter lessons. Learning was more intensive than my fixed-wing training had been. As before, Annette learned straight after me, taught, as I was, by a lady called Glenda Wild. Glenda became our safety pilot when we’d learned which I think was a really sensible thing to do.”

And just as before, friend and colleague Gilmour followed suite, and bought an R22. The Masons ended up with their own JetRanger before moving on to the Squirrel in 2002. “The AS350 is at the top end of what I can manage,” says Mason. “If I had a bigger helicopter with retractable undercarriage I’d forget to put the wheels down. I know I would.”

Not that you’d want anything more fancy or competent than the Squirrel. Until Mrs Mason took me up for a short blast around Gloucestershire I had never been in one. Not surprisingly, with over 1,000 hours in her logbook, Annette Mason is a relaxing person to fly with. “I liked fixed-wing flying but helicopters really do it for me,” she says. “It’s better than racing cars, which I really only started doing because Nick did it.

“I also did my twin rating on fixed-wing, but I never wanted to fly a twin because I don’t really understand this two-engine business, what with the feathering and asymmetric stuff. What I like best is flying the Squirrel on my own, especially at night. I think being a woman, and in my case an army brat, it makes me feel very confident that I can do something that not everyone else can, and that I can do it well and safely.

“In a way, it’s less stressful flying solo. Years ago, Nick was racing at Silverstone and I flew our two boys and their nanny up to watch. I hadn’t flown into Silverstone before and the weather wasn’t particularly brilliant. I thought “Why are you doing this?” Another useful lesson learned.”

Not surprisingly, in over a thousand hours at the cyclic — husband Nick has a similar number of hours — there have been a few moments. “I was coming up from our house in Wiltshire and heading for Denham. The weather was a bit iffy and got really snotty around Stokenchurch mast,” Annette says. “It was all getting a bit intense as my options began to get narrower. Then to cap it all, it started snowing. I felt a vibration in the rotors — which was either the snow or me flying too slowly or something — and I was getting more and more stressed. I was talking to Benson and the wonderful chap there said at one point “Are you making a Pan call?” Yes, I replied. “Well, come in here then,” he said, and within minutes I was safely on the ground at Benson. Someone even gave me a lift home.”

The Robin DR400 lives at Rendcomb, the ex-WWI flight training airfield that Mason shares with Vic and Sir Torquil Norman (the de Havilland collector, heroic pilot and philanthropist). “When we got Rendcomb I thought we ought to have something that fitted the atmosphere of the place so we bought a Piper Super Cub. I’ve also got an L-4 Cub, which is lovely. I think I’ll start using them a bit more.” What is set in stone is that there’ll always be a helicopter in the Masons’ fleet. And there’s no hint of any intention to replace the faithful B3 Ecureil. “I’m fascinated by electronics and if I didn’t restrain myself I’d be redesigning the panel every year, but the helicopter itself is perfect.”

Mrs Mason is particularly in love with the machine, not least because her other passion in life, horses, recently resulted in a biff on the head after an ‘off’ at Goodwood racecourse. “At the moment, I think I prefer helicopters,” she says. “The helicopter only has a little brain — its GPS — but the horse has no brain at all.”

Did you enjoy this article? You can read more pilot profiles here: