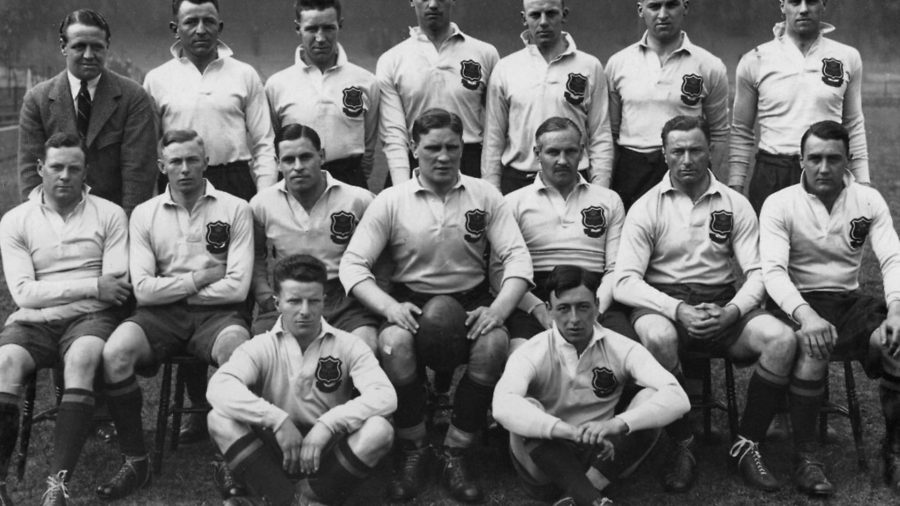 A new exhibition at the World Rugby Museum at Twickenham Stadium will celebrate the sporting careers of the nearly 200 RAF service men and women who have represented their country on the rugby pitch and should appeal to the many groups connected with both the history of rugby and the RAF.

The exhibition opened on 17th April 2018 and will run until the end of November.

With the foundation of the Royal Air Force Rugby Union in 1920, a tradition of rugby excellence was established that has continued to this day. Many distinguished rugby players have been amongst the ranks and officers of the RAF, including Wavell Wakefield, Cyril Lowe, Rory Underwood and Peter Larter.

The high calibre of rugby has been maintained in the modern era by the likes of Wales’ Sian Williams and Charlie Murray, and England’s Amy Cokayne.

The World Rugby Museum’s RAF Rugby Union exhibition will explore the achievements of these individuals and have on display significant objects from their RAF and rugby careers, including jerseys, caps, photographs and medals.

World Rugby Museum is open Tuesday-Saturday from 10am to 5pm (open Monday’s during school holidays) and Sunday 11am to 5pm. Museum-only tickets can be purchased on the day from England Rugby Store. The exhibition can also be visited as part of a stadium tour and museum visit.

Group rates are available for groups of 20+ at a cost of £22.50 per adult ticket. For more details Group Travel Organisers and Coach Tour Operators should contact the World Rugby Museum at: E: museum@rfu.com or T: 020 8892 8877. Or visit: www.worldrugbymuseum.com.