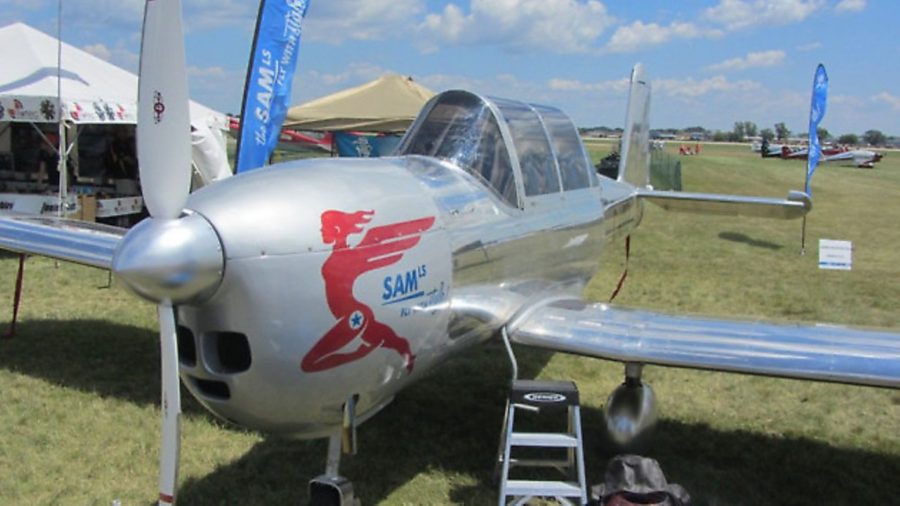 SAM Aircraft assets have been acquired by the sons of aircraft designer Chris Heintz, owners and operators of Zenith Aircraft Company (U.S.) and Zenair Ltd. (Canada).

SAM Aircraft was founded in 2009 by Thierry Zibi in Quebec, Canada as a modern light sport aircraft (LSA). The design of the SAM Aircraft is claimed to be ‘a unique combination of modern engineering with retro styling, inspired by legendary trainers of the Golden Age of Aviation, yet it offers pilot comfort, state-of-the-art technology and outstanding flight characteristics that all sport pilots will appreciate’.

There are several variants of the design being developed for different load configurations and performance characteristics. Each variant features different wing span, undercarriage style (tricycle or tailwheel) and canopy choices (fully enclosed or open cockpit). The Heintz brothers have been researching market viability for the different design configurations, including:

• Kit: Amateur-Built Experimental (AB-E) at 1,800lb with option to install heavier engines such as the Lycoming 0-320 at 160HP or modern auto conversions. Wing span 32 feet.

Zenair engineers are currently performing a thorough review of the SAM Aircraft design. Says Matt Heintz of Zenair: “The advanced engineering used in developing the SAM is impressive, including extensive use of 3D modeling. With us bringing this aircraft to market, the new SAM Aircraft design will benefit from our forty years of experience manufacturing aircraft kits.”

“The SAM Aircraft design is a distinctive and fun airplane and will be a welcome addition to the Zenith line of kit aircraft,” stated Sebastien Heintz, president of Zenith Aircraft Company in Missouri.

To help the companies focus on the most popular features for the new SAM Aircraft models, Zenith Aircraft has created a short survey and is inviting all interested parties to complete the online form (http://j.mp/sam-survey).

The design, construction and assembly of the SAM Aircraft series will integrate well into Zenith Aircraft’s current production, which already relies heavily on CNC parts production. Based on survey results, SAM Aircraft may be offered as complete kits, quick-build kits, and/or as fully factory-assembled aircraft. Like existing Zenith Aircraft designs, such as the high-wing CH 750 and low-wing CH 650 series, the SAM Aircraft models are constructed primarily of 6061-T6 aluminum assembled with aviation-grade pop rivets, making them easy and quick to build whilst still being durable and affordable.