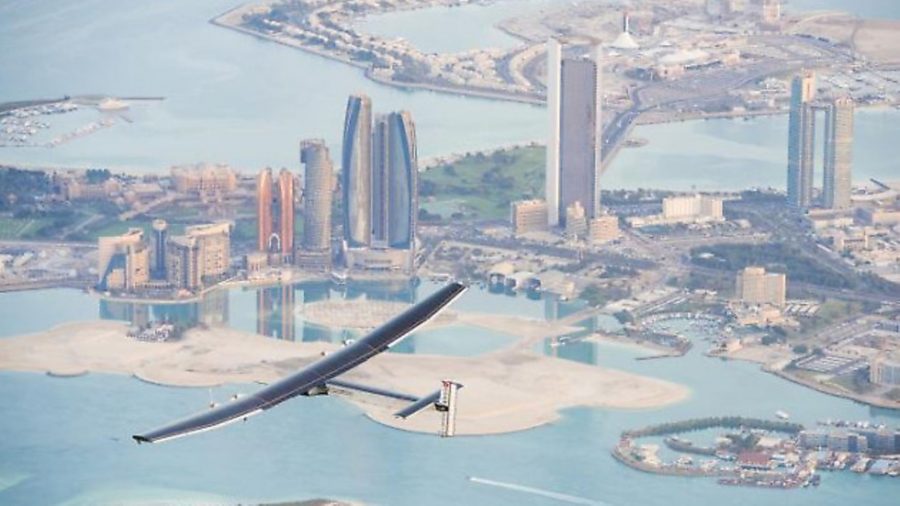 Two Pioneering pilots flying around the world in a solar aeroplane, in order to promote the use of clean technologies. We’re showing their amazing journey from start to finish through a series of amazing photographs taken by the pilots and ground crew along the way.

Bertrand Piccard and André Borschberg, set out to achieve something that still sounds like the stuff of dreams: the First Round-The-World Solar Flight, powered only by the sun, with no fuel – yes, no fuel – or polluting emissions.

After the eight world records set by the Solar Impulse prototype, when it became the first solar airplane ever to fly through the night, between two continents, and across the United States, Bertrand Piccard and André Borschberg are now attempting the ultimate phase of the adventure: the 2015-2016 First Round-The-World Solar Flight.

35,000 km from Abu Dhabi, our departure and arrival Host City, to India, Myanmar, China, Japan, U.S.A and back to Europe and Abu Dhabi. As with all great firsts, there were no benchmarks. Strategies had to be invented from scratch to allow Solar Impulse 2 to fly across the Pacific for 5 consecutive days and nights, and become the first solar airplane to accomplish an oceanic crossing. This historic and record-breaking flight from Japan to Hawaii was achieved by André Borschberg in July 2015, proving that clean technologies can accomplish incredible things.

The record breaking solo flight of 5 days and 5 nights without fuel from Nagoya to Hawaii presents a clear message: everybody could use the plane’s technologies on the ground to halve our world’s energy consumption, save natural resources and improve our quality of life. The success of this flight is helping to spread the message to the general public, students, key decision-makers and entrepreneurs all over the world.

Clean technologies can achieve the impossible.