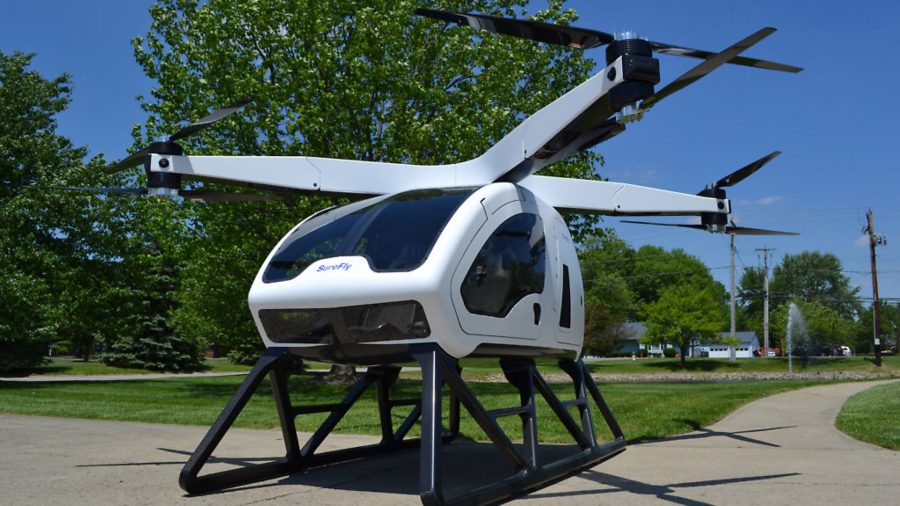 The SureFly is a small extended-range electric helicopter that will be unveiled at the Paris Air Show on 19 June. With four arms, each mounting two rotors, the SureFly looks like an oversized drone.

It is designed to fly primarily under the power generated by its combustion engine, using its battery pack as a backup in the event of engine failure. If one of the electric motors fails, onboard computers can reroute power to the others to keep the helicopter in the air. Counter-rotation also eliminates the ‘death spin’ (tail rotor failure) helicopters are known for, according to Workhorse.

The SureFly is equipped with a parachute to slow its descent in the event of both engine and battery-pack failure.

Sadly, it won’t have the performance of regular helicopters as its maximum range is around seventy miles and its top speed just 50 mph. Workhorse predicts that the average flight distance will be only around ten miles.

The company plans to start flight tests of the SureFly later this year, and hopes to achieve FAA certification in 2019.