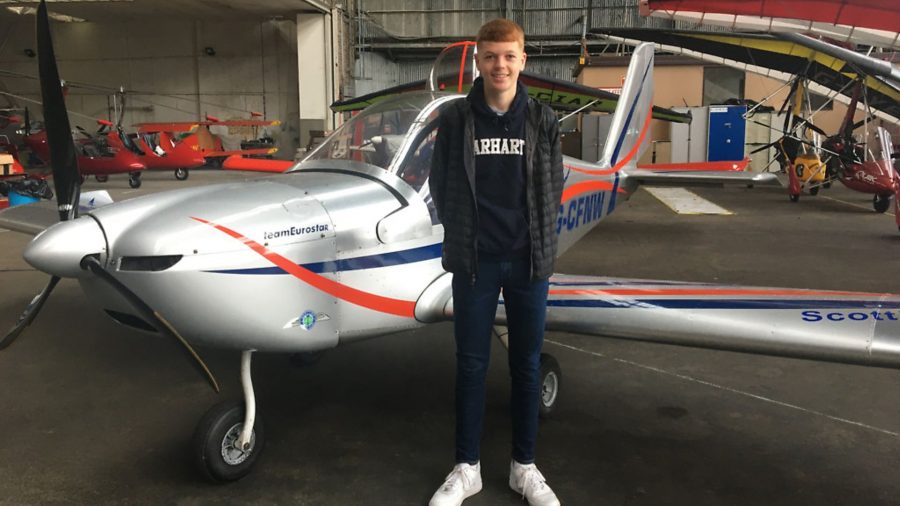 The ‘Take Off’ scheme 2020 managed to get 2 students to complete their 10-hour training syllabus over the October school break, despite covid!

The ‘Take Off’ scheme got under way with a late start in 2020 due to the rapidly shifting Covid restrictions, but managed to get two students to complete their ten-hour training syllabus over the October school break. Training was conducted in a Eurostar fixed wing microlight, operated by Alba Airsports, through the Scottish Aeroclub.

The programme was set up in 2013 with the support of Pooleys to provide flying opportunities to school leavers in the Perth area of Scotland. So far the scheme has helped more than thirty young people take to the air with ten-hour flying scholarships. Sebastian Pooley, Managing Director of Pooleys, commented on the eight-year partnership by saying: “Pooleys has always sought to give a something back to the aviation community and to open up aviation to those who in their normal lives would not have access to the world of flight or do not have the means to make their dreams of becoming a pilot a reality.”

At the time of going to press, two further students from the 2020 class were undergoing training, with the final student selected for the group likely to embark on the course in the Easter break of 2021.

Founding Trustee for Take Off Howard Duthie, says of this year’s programme that “the last twelve months have generated great expectation and promise, followed by the inevitable frustration and delay that Covid-19 has imposed. We were delighted to attract new sponsorship for this year which has now provided for five awards. For this we are indebted to the Eric ‘Winkle’ Brown Memorial Fund.”

The scheme plans to offer two further scholarships from local RAF Cadet squadrons, thanks to the support from Blackadders Solicitors and The Perth Forces Charitable Trust. The 2020 scholarship winners were: Bayley Cudworth, Lewis Finnie, Bogdan Sfaru, Alex Cornu and Luke Ford, who were all selected from four Perth City Schools.