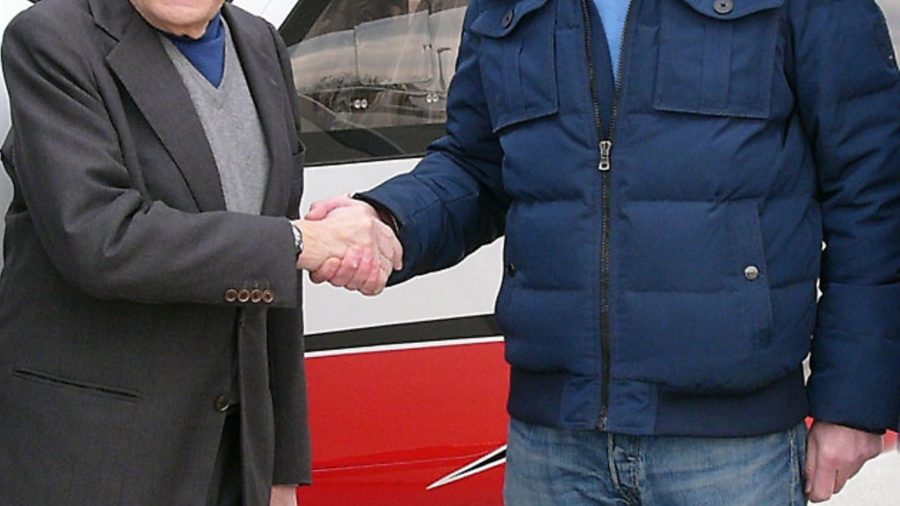 Polish flight school Bartolini Air has become the first to operate the new Tecnam P2010 for commercial pilot training. Its first aircraft was recently handed over to the company’s Managing Director Bartlomiej Walas (right in photo), who then flew ferried it from Tecnam’s Capua factory to Lodz in Poland via a fuel stop in Bad Voslau, Austria. “The introduction of the P2010 is a significant addition to our all-Tecnam training fleet that already includes five P2002JFs and two P2006T twins,” he commented, noting that the school has attracted not only Europe-based students, but also aspiring commercial pilots from Japan, Singapore and Mexico.

Professor Luigi Pascale, Tecnam’s President and Head of Design (left in photo), said that he was especially proud of the P2010. “It was fifty years ago that we originally introduced a four-seat, single-engine, high-wing aircraft,” he noted. “I am delighted at the response from so many in the general aviation community, be they private owners or flight schools, who have appreciated the benefits of our all new innovative and affordable P2010.”