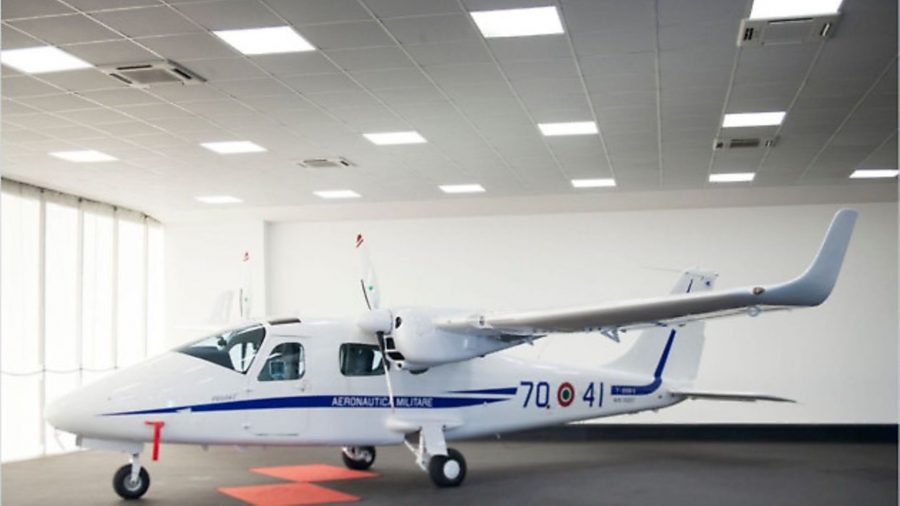 The three aircraft will now enter service with 70° Stormo at Latina Air Base as part of AMI’s new Integrated Training System (ITS), which includes the delivery of not only three Tecnam P2006T Twins, but also a flight simulator, a training package for pilots and technicians and maintenance/assistance for a contract period of 3 years and 3.600 flight hours in total.

The Tecnam T2006A fleet will be flying with military identification marks following approval for Italy’s AER, after validation by EASA. The modification to the P2006T design to ensure the aircraft is fit for the tough requirements of military service were certified via the Italian Ministry of Defence and DOMA (Design Organisation Military Approval).

General Vincenzo Nuzzo, in his aircraft delivery acceptance speech highlighted “the deep cooperation between Tecnam and the Air Force that will bring with no doubt future developments”.

Tecnam’s Managing Director, Paolo Pascale, expressed his delight and pride: “Major worldwide flight schools have already chosen our superlative twin engine aircraft. As a manufacturer and especially as Italians, we are today extremely proud and honoured that the most important Italian Flight School have chosen our aircraft. For us this means both the highest form of recognition for the P2006T program, and further confirmation of the flying qualities of the aircraft designed by Prof. Luigi Pascale”

The Tecnam P2006T was certified under EASA CS-23, IFR category in 2009 and it is available in a wide range of models including the P2006T SMP (Special Mission Platform) variant, which provides a flexible, safe and low cost surveillance platform with multiple sensor capability.

NASA recently selected the Tecnam P2006T to evaluate ‘distributed power technology’ confirming the platform as one of the best design developed by Tecnam’s award winning President and Head of Design, Professor Luigi Pascale.