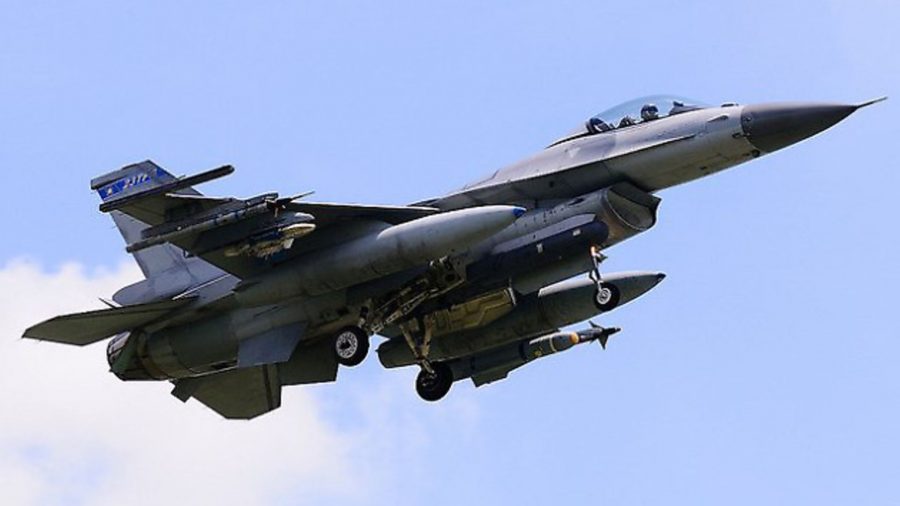 Shocking footage from the heads-up display shows the moment a student pilot blacks out, causing his F-16 to nosedive at a terrifying rate

The pilot’s life was only saved by the ground collision avoidance system, which righted the jet fighter just in time.

In the video, recently declassified by the US Air Force Arizona National Guard, we see the pilot attempt a roll during training over the American southwest.

The manoeuvre subjected his body to more than 8g, which caused g-induced loss of consciousness (G-LOC). With the F-16 now out control, it plummets to the ground with its afterburner still firing.

The harrowing video captures the desperate calls from the instructor, who was flying alongside in another F-16 watching the nosedive. On several occasions, we can hear him command “2 recover”, unaware that the student is unconscious.

It is at this moment, with the ground fast approaching, that the Automatic Ground Collision Avoidance System (Auto-GCAS) takes control and brings the F-16 level.

Auto-GCAS works by comparing a prediction of the jet’s trajectory with a terrain profile. If it notices something is wrong, it is engaged.