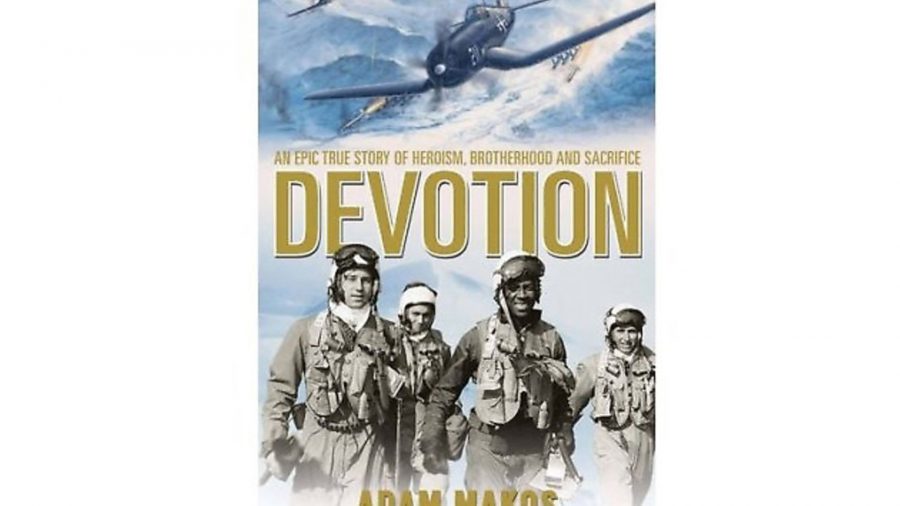 Devotion: an Epic Story of Heroism, Brotherhood and Sacrifice by Adam Makos

Author Adam Makos’s introduction states he wanted to make the dialogue in the book real, so he interviewed as many of the ‘characters’ who appear in this book — or their families — as possible.

In this respect, he’s done a good job and the story moves fast, flowing like a novel but carrying all the more impact for being true to life.

The idea for the book came after Makos heard F4U Corsair fighter pilot Captain Tom Hudson speak about his flying role in the Korean War, but it’s more than just an aviation tale.

The book covers the experiences of the men on the ground, who looked to the skies to help them fight off the enemy. And it was often quite confusing as to who their enemy was, given that various countries took part in the conflict.

As well as giving this reader a much greater insight into the Korean War, the book tells the story of the first black naval carrier pilot, Ensign Jesse Brown, who served alongside Tom Hudson. The son of a sharecropper from Mississippi, at that time Jesse could serve his country but not be served in a bar in segregated America.

The story of Jesse, Tom, the other pilots and marines is woven together well and there is additional material, following up what happened to some of them after the war. It also covers Tom’s trip back to North Korea in 2013 to try to find… ah, but that would be spoiling the story!